CLine and I were pumped for a ride after work, as the weather here on the Island has finally started to change from "There's a good chance yer britches are going to need a chagin' after riding in all that wet stuff." to "Cor blimey, it's hot in here Bruce!"

So after work CLine had to remind me to turn right out of work instead of left and home! :D

Aren't they a cute couple?

As you can see it wasn't very far for us to go, but we weren't in a hurry to be anywhere. so took advantage to stop and get a few pictures along the way. 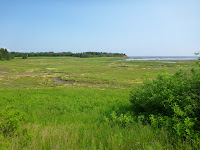 Our first stop put us at Cooper's Red & White to top off our tanks as we've been doing more around town stuff lately, and CLine worries like that. ;)

After providing a meal for ourselves and a meal of ourselves to the bugs, it was time to dust the grass off of our britches and get going again. 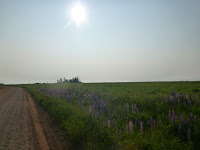 I forgot to mention to CLine that the last kilometer of the road was gravel, and to my surprise, fairly freshly groomed stuff too, so there was a bit of front end sliding with the Versys, but CLine didn't have anything to prove, and rode at a more sedate pace. It seems that nothing is really going to mess with a motorcycle, from grass clippings to gravel provided the operator pays attention and adjusts their riding to conditions. (Do you want to hear a rant? Ask me about grass clippings and the dangers they present to motorcycles... Seriously? If grass clippings are gonna wipe you out, park your bike and sell it. )

"Lupinus", according to WikiPedia. 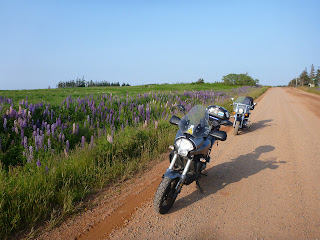 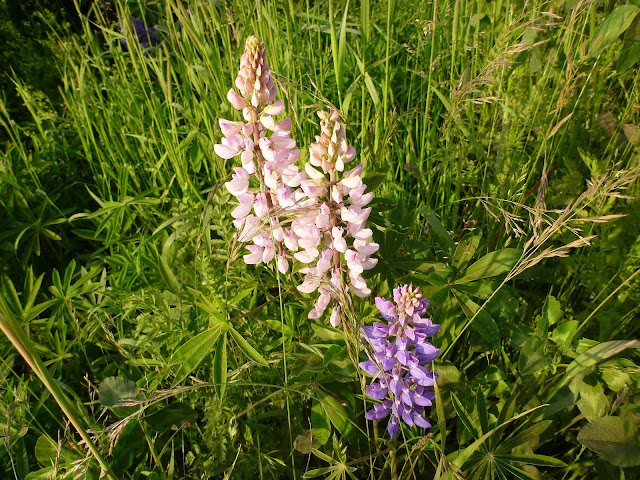 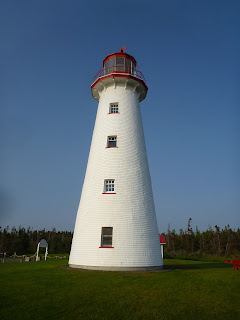 We thought there may have been some seals out off of the point, but they were pretty far out there and we couldn't make out any details. Just swirls in the water that kept submerging then changing position. The picture below is at max zoom, so you might forgive our imaginations inventing things. 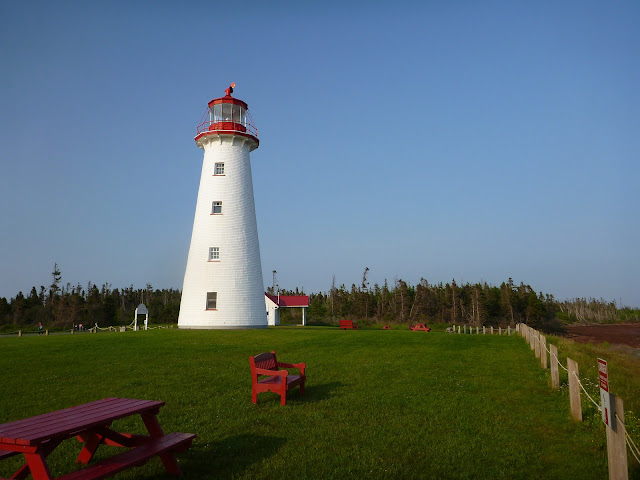 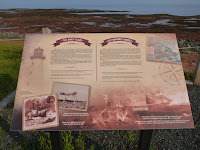 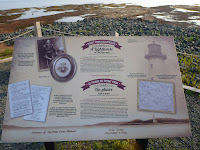 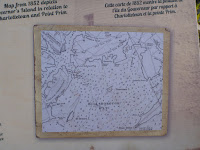 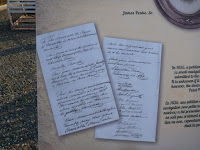 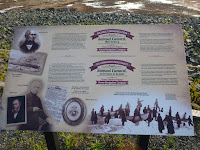 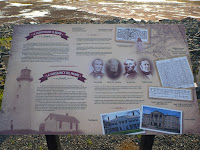 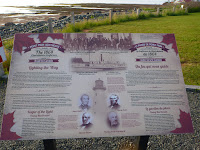 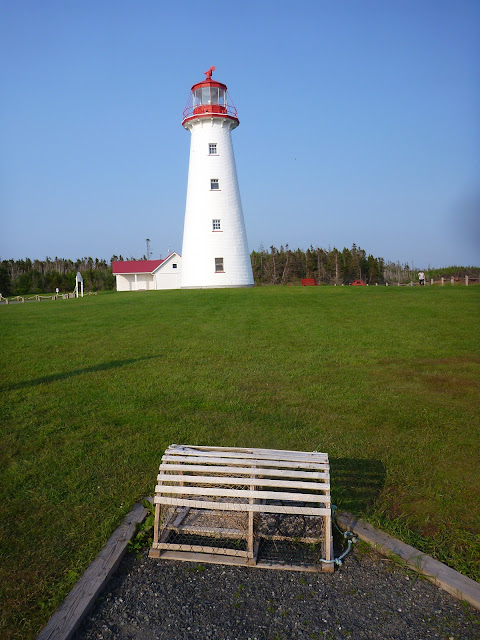 We got asked a couple of times "Where are you visiting from" and were very happy to be able to say that we lived here. For CLine she was born here, for me, I'll always be "CFA" or "Come from away", but it means that I'm an IBC, "Islander by choice".

We met a lady walking her dog, and of course I asked if I could say hello. Pedro is a hound and part Black & Tan from Albany New York, up visiting the island for a few days, and his human says he loves it so much, that if she lets him off the leash, he wants to be an IBC too. :D  What you can't see in the picture above is Pedro's intense focus on the rabbit in the grass line ahead. If you follow his nose, you might see the brown bit of fluff that has his full attention. "RABBIT!!!!" 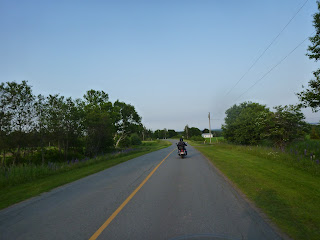 We aren't quite ready to call it an evening yet, so it's off down MacAulay's Wharf Road for some pictures. 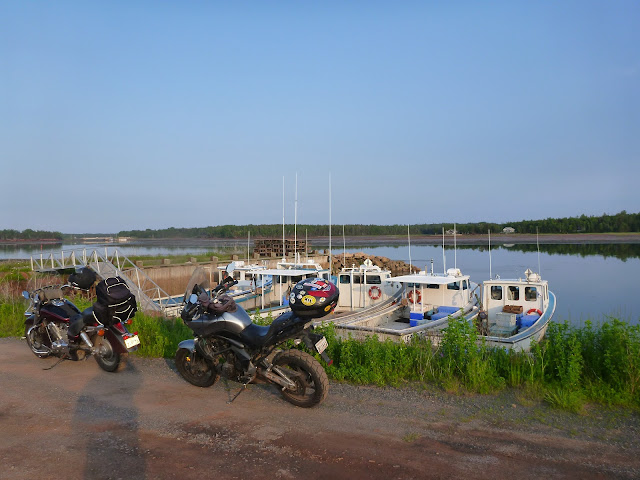 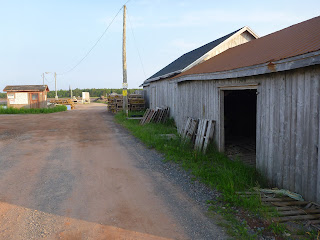 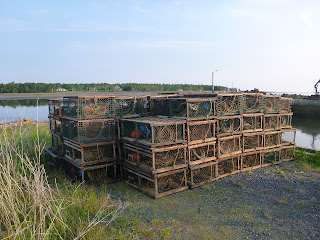 CLine laughs when I call these "Marinas" and quotes: 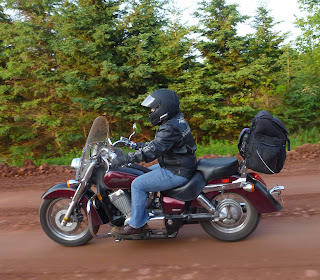 The Trans Canada was pretty tame on the way back into Charlottetown, but I will note that someone needs to petition both federal and provincial government to replace the asphalt that is missing. It's a bit worse for wear this year, and when you think how much is being spent on "The Bypass" every year, I wish they would divert money and energy into upkeep before they build new highways. *sigh* [/end rant]

We found ourselves back in town, and decided we would take the advice we dished out to Pedro and his human, to stop in to Cows and get a cone. They are World Cheese award winners, as well recieving international recognition for superior ice cream with:


"Its use of "high-quality ingredients and a lusciously high butterfat content," along with "whimsically themed flavours" in fresh waffle cones, was cited by the U.S. travel company"

Sitting outside on our bikes while watching the world go by was the perfect end to the evening.


We've got plans this Saturday to ride to Advocate Harbour NS, via Joggins and then back out Parrsboro way. See ya then!