The KLR gets a new sound.

Or how my friend Willie helps me spend my retirement savings...

Note: Read through to the very end...

He sent me a blackberry messenger chat with the link to this ad: 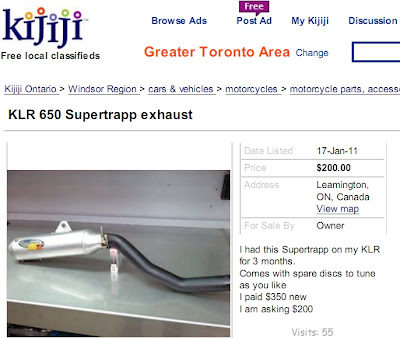 "That would be no problem, Ron.
I would send it "cod" and you could handle it at your end"

"John, that would be awesome. Would you like paypal or interac email money transfer or some other form or payment that doesn't involve my first born son or blood?""Hey Ron. I have transferred the money. I will box the exhaust up shortly and I will let you know when it is shipped. I appreciate your trust, although if you can't trust a "KLR rider, Who can you trust. Talk to you soon John."

You know what happens here eh? We exchanged phone numbers and managed an excuse to call each other ostensibly about the exhaust in question, but in reality to try and out do each other in bike bashing. John's KLR is older than mine, I have more kilometers in a shorter period of time, he needs to sell his wife and daughter into slavery in order to get more riding time, I have a bigger head light than he does, his brakes are better than mine... I won't bore you. It's what happens in the KLR world, and can last forever. If you can't get your fill via a long distance call on your cellphone, there's a placebo here via the internet:

Willie: did you get the pipe
09:22 me: I did, john called and we talked for about fifteen minutes last night about klrs. He had an 87, now he upgraded and is on an 88. The supertrapp was a bit too loud for him, so I'll give it a go on the new and improved KLR.
Thanks for sending that link, he accepted the transfer and will be shipping it via canpar this week.
09:23 Willie: great....

I made the mistake of telling John to take his time as there was snow on the ground and I was in no rush, but thankfully he ignored me and shipped it straight away via Canpar.


Well John, I love knives too, so this became a puzzle of how do I get this apart without cutting new bits of muffler, myself, or my bed. (Have I lost street cred here? How about we call it my "Work bench"? Does that make you feel any better?) It soon became apparent that not only had I received a muffler, but also a T-shirt from a 1996 Daytona Bike Week that John had attended. It doesn't fit.

Then a fellow motorcycle and KLR enthusiast invites me to view his blog regarding the engine and suspension work he's doing over the winter and I see this:

Thanks again to Willie and John for feeding the zoo animals. ;)

I fired a post onto GTAMotorcycle.com so they could share my joy and this is the result:

Re: My KLR gets a new can

"I used to have one on my car many years ago(when I was young and stupid), not sure if they are still made the same way but the core rusted out within a season of use. The core held the nuts for the bolts that tie down the discs so when the core rusted the bolts had nothing to fasten to and were useless, the baffling\tuning achieved by the discs went bye bye. Hope they are made better these days"

You couldn't give me one of those, in fact the one that came on my bike (DR650) I gave away. The sound is just terrible, not nesseccarily the decibles (altho they were high) but the type of sound.

My guess was that because the same size can is used for many applications it's to small for 650cc. To get the right flow it needs to be less restrictive=to loud, to get the noise down=to restrictive.

I changed to a 2001 GSXR 1000 ti can with custom midpipe. That's one of the most popular mods in the DR650 world, not my invention. The gixxer can has about double interior volume as the ST.

I hope your experience is way better than mine. "

2011-08-06 Update
Potions of this pipe did not survive the ride back from Labrador and Newfoundland. I lost the end cap on it. It spit out two of the three bolts, then after I'd replaced and tightened two new ones, it spat out the old and one of the new ones, so I wired it on with stainless steel snare wire, then it spat out the remaining bolt and ate the wire, and is somewhere near Truro Nova Scotia. :(

2011-12-11 Update The KLR lost it's silencer on the ride south this morning. It's official, the ISD2 Supertrapp has scattered bits all across Labrador, Newfoundland, Nova Scotia and Ontario. I'm fairly certain Quebec remains a Supertrapp free zone. Downshifting sounded as if I were shooting a Glock 9mm.

Usually I have go to this show every January and play the incorrigible shopaholic until I run out of space in backpack or money in my wallet. This year was the first time I've ever worked the show, albeit I managed to squeeze in some shopping and fun while doing it. "SQUIRREL!!!" :D 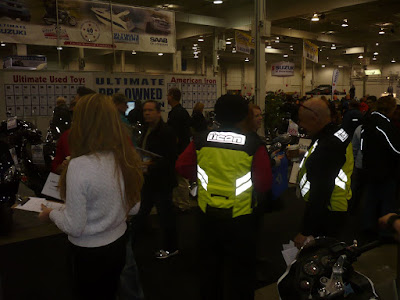 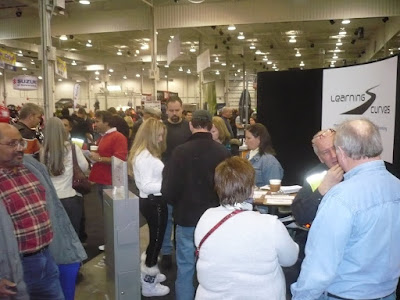 Check out my "Gone with the Dogs" link for more of same. 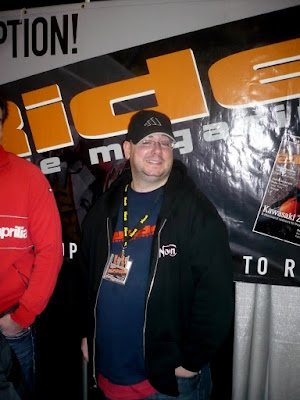 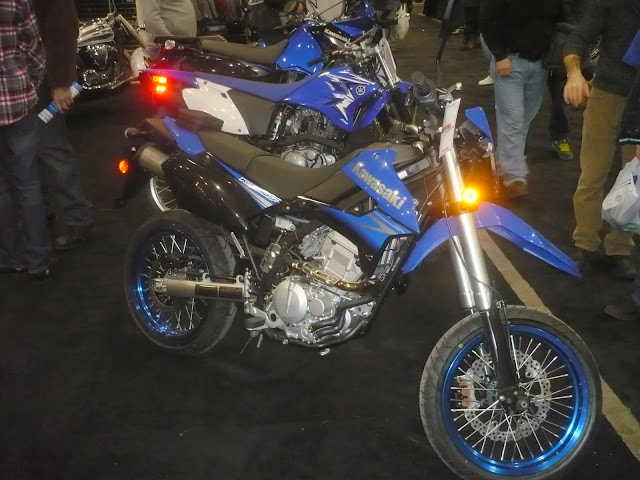 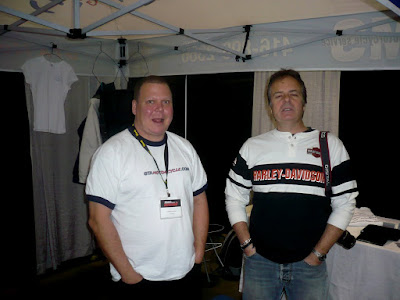 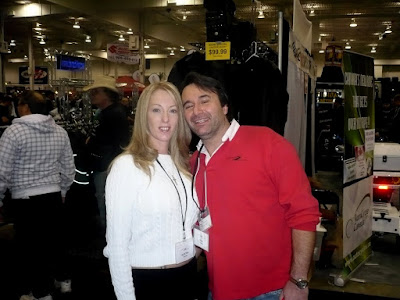 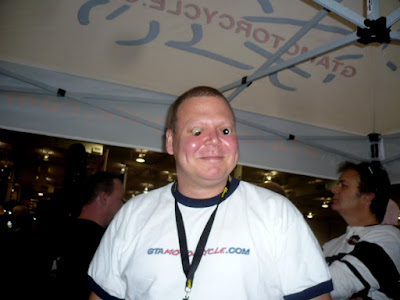 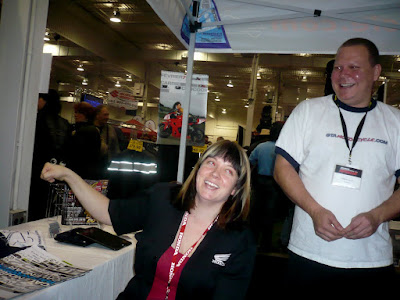 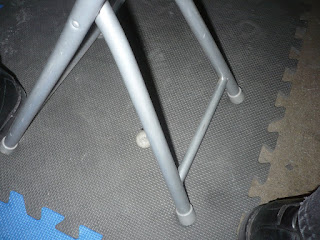 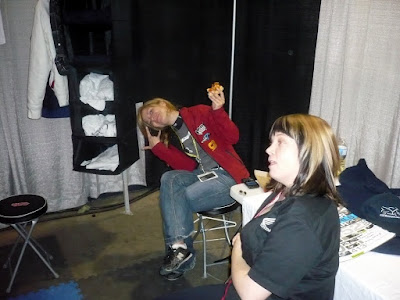 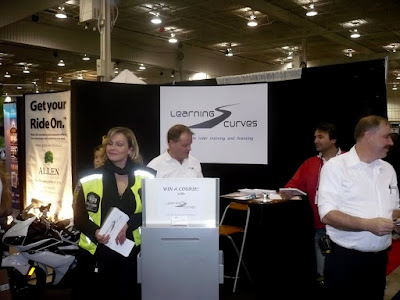 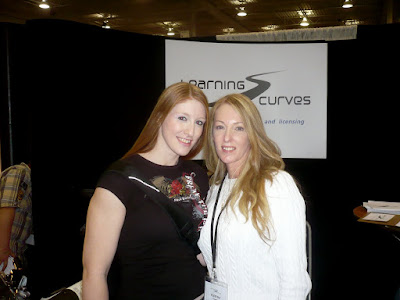 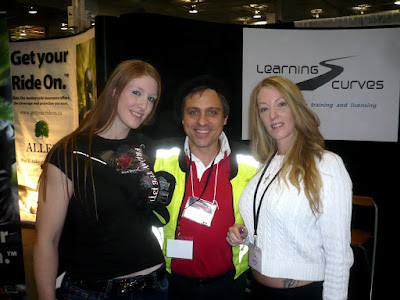 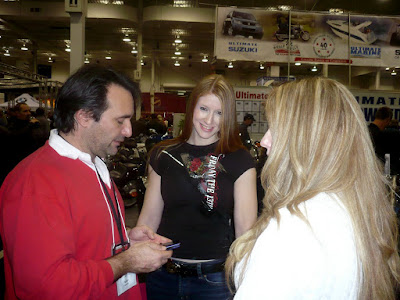 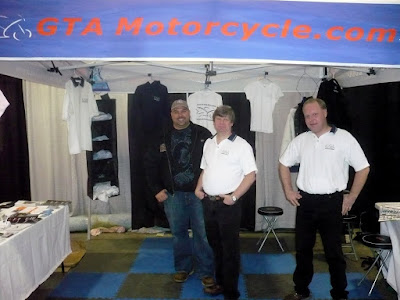 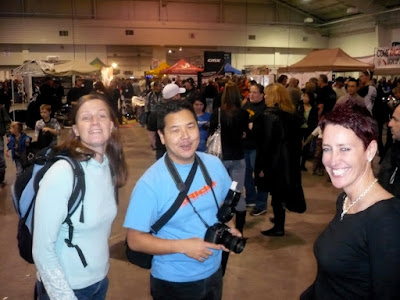 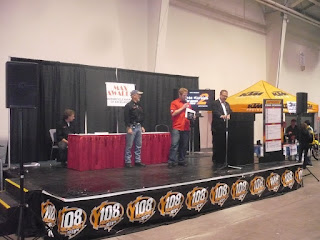 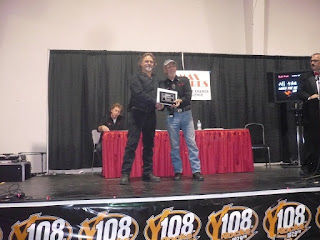 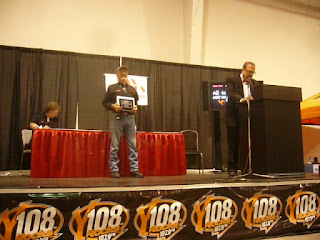 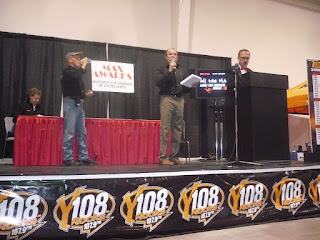 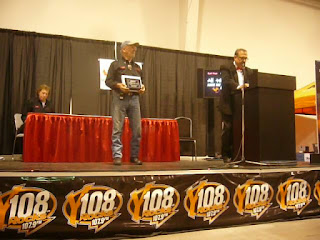 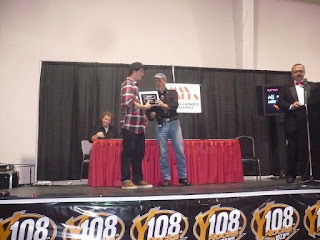 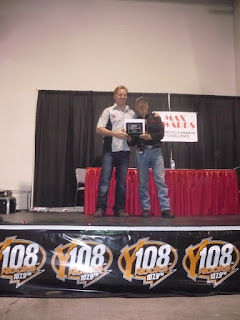 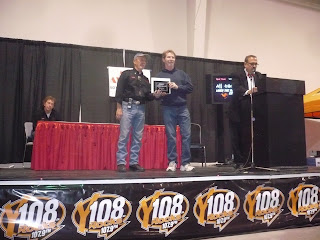 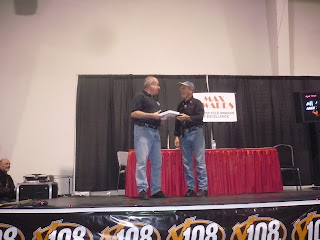 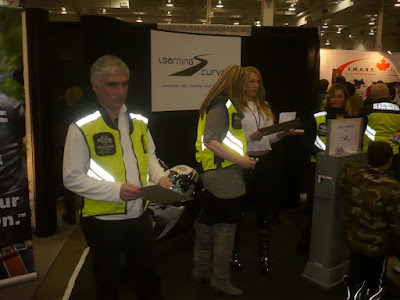 Posted by Rotten Ronnie on January 09, 2011 2 comments:
Email ThisBlogThis!Share to TwitterShare to FacebookShare to Pinterest