It rained buckets on Saturday, so we did some shopping and hung out with family which was cool, but Sunday was supposed to be all about riding, or would have been had we gone to bed at a proper time like good little children. Nope, I was up late watching movies and CLine didn't sleep well at all, so a day long ride off Island was scrapped in favour of something local, and we decided that we'd locate the PEI's best Fish and Chips, which according to Tripadvisor is either Richard's up at Covehead Wharf in Stanhope PE, or  Rick's Fish n' Chips up in St Peters Bay and we'd been up that way last weekend, so off to Covehead it was...

But first CLine and I needed a Sunday morning boost so a coffee at McDonalds was in order, but the power was out that side of the river, so we had to go farther afield over to the Tim Horton's where we ran into Troy from the Red Isle Riders who was out and about.

Mmmm. Morning coffee and  a sandwich set me up nicely and off we went taking the long way up to Mount Stewart. It can be an entertaining road, and sees less traffic than the alternate,  Saint Peters Road. Besides, there are more roundabouts on that road, and if you ride a motorcycle an empty roundabout can be a thing of beauty.

It was a wonderful day to be out and about albeit quite windy. 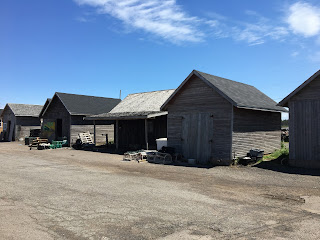 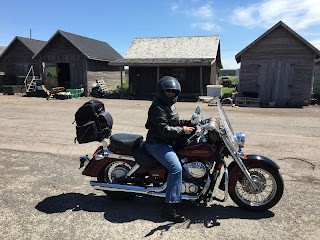 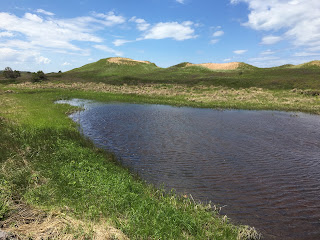 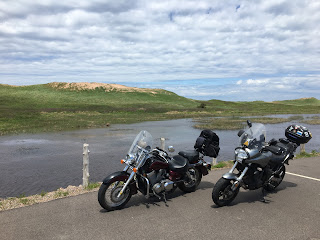 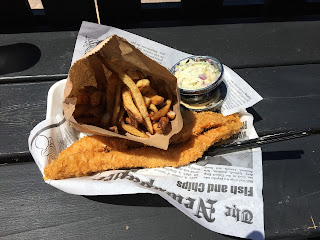 If you search for it in Google Maps or similar you can find my review of it there. I'm trying to find something on the island that meets or exceeds that of the Fish n'Chips offered at the Boathouse Restaurant in Alma New Brunswick. 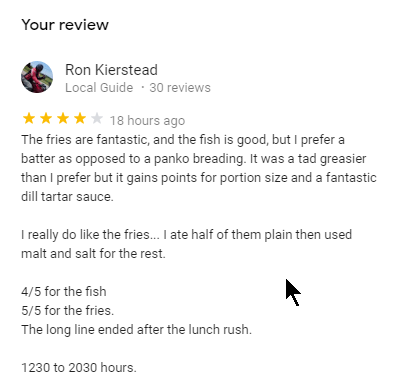 
The Gulfshore Parkway is beautiful, and if you aren't going to stop and take pictures, no park admission pass is required. 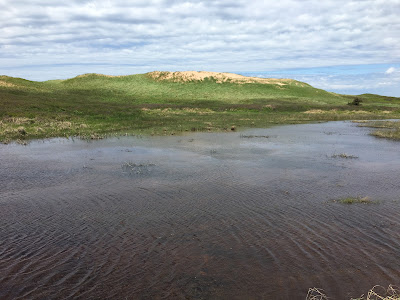