It looks as if I may not get 10,000 kilometres out of my Shinko 705 rear tire after all. Caroline and I were out Thursday afternoon for a ride around Canoe Cove before the weather closed in on us, and I felt the bike hit something on the newly paved asphalt surface, then a few bouts of clicking. I thought perhaps that I'd picked up a stone as the noise went away in seconds, but on Saturday morning when we were supposed to start our ride, my rear tire was flat, but the carcass is so stiff that you don't even notice a problem until you try to turn the bike, so I never made it out of the parking garage, and Caroline was kind enough to show up with her patch kit that we'd used so effectively last year when I picked up a screw in the tire. 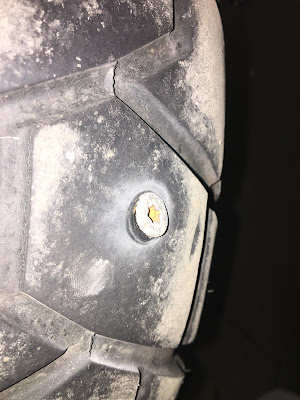 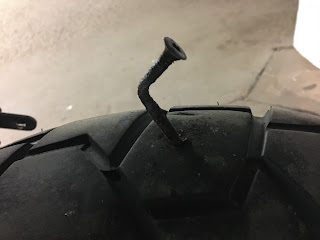 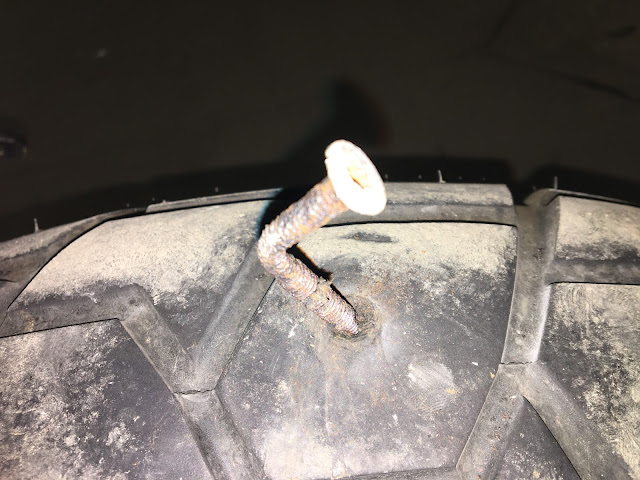 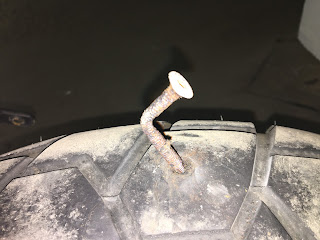 Caroline packs a plug kit in her car as she had a leak last spring that we were able to plug to keep that one tire going a bit longer. 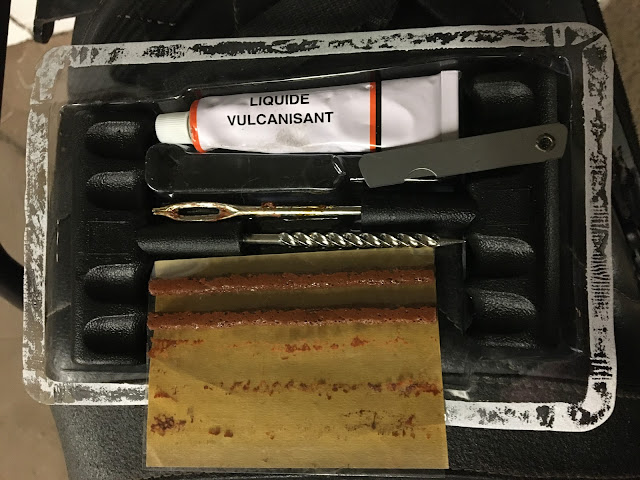 I've also read that radial steel belts are not kind to the mushroom style of plug, so I prefer this older, proven technology for the time being and it is widely available at Crappy Tire, Wallymart, and Home Despot, for under $10, but your mileage may vary. 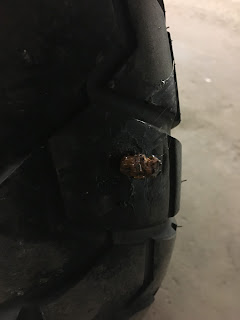 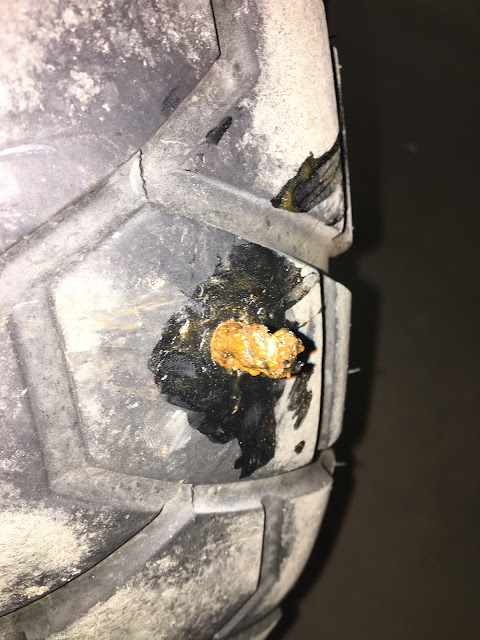 I really didn't want to ride on this as the plug didn't feel great, and I'd used a ton of glue, so I opted to leave it over night and headed in the cage over to help Caroline install a GS-100A Brake Light Flasher that she'd purchased on Amazon.ca as she was envious of the 3rd Brake Flasher that I'd installed on my Versys.

Mission accomplished, but now that that plug had been given a chance to cure, I managed to get almost another 7,000 km out of that rear tire before replacing the front and rear as a set a couple of weeks later mid July.
I think it may be put down to how soft the rubber is on the Shinko. I have no cold weather problems, seemingly only related to hot weather days or high speed heat cycles of this tire set.

I replaced the tires at 100,314 km so that rear tire had 7,500 km on it when it was retired, and I estimate I put about 800 kilometres on the rear before replacing the front and rear as a set. I opted for the Shinko Raven 009 Sport Touring tires as the 705s were all on back order at the time. I'm not a huge fan of the Ravens as I had some front tire scalloping that saw the front swapped out at the same time as the rear, and back on went a fresh set of the 705s!