I'd just finished wrenching on the bike by replacing the speedometer hub, so needed to both test drive the new hub, and to head up to Bradford to Edge Performance, my Kawasaki dealer to pick up some parts for a carburettor mod that I'm going to be doing soon. 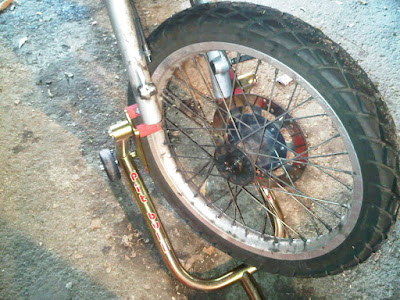 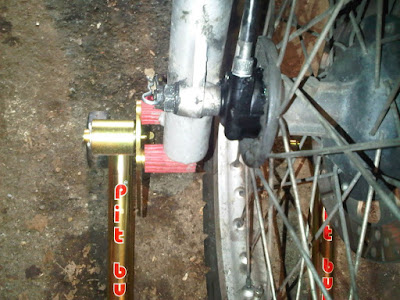 So next thing you know I'm arranging to meet John and Sarah at Edge, where we waited for a friend who opted out as he couldn't make Bradford in time to join us. Who knew he'd be the lucky one? The object of the ride today would be a ride to the Kissing Bridge in West Montrose Ontario.

We'd head there via Hockley Valley road, and I knew that well enough, so I fell in behind and played sweep while John took the lead. 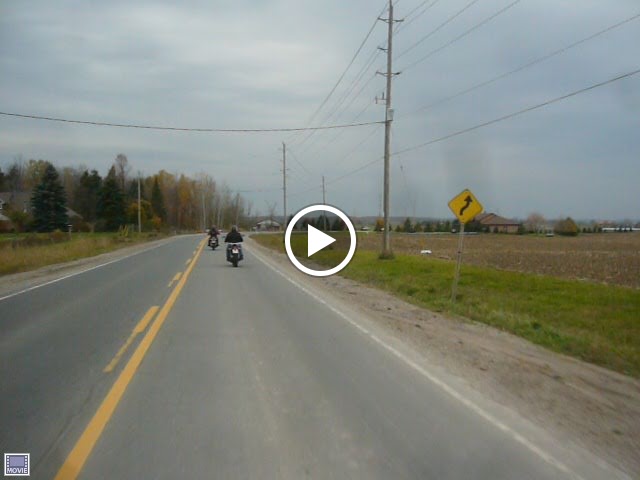 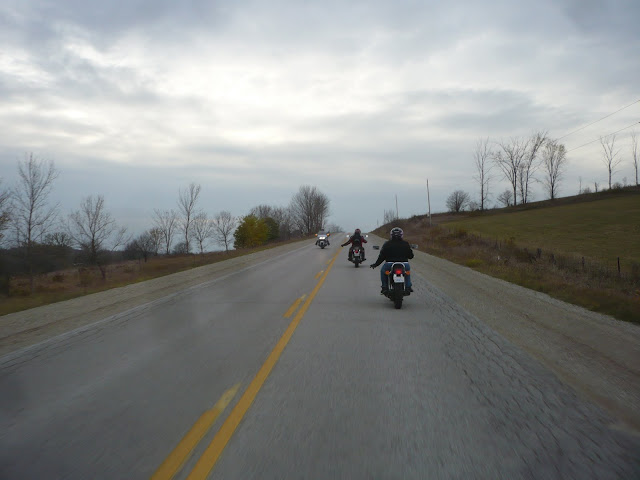 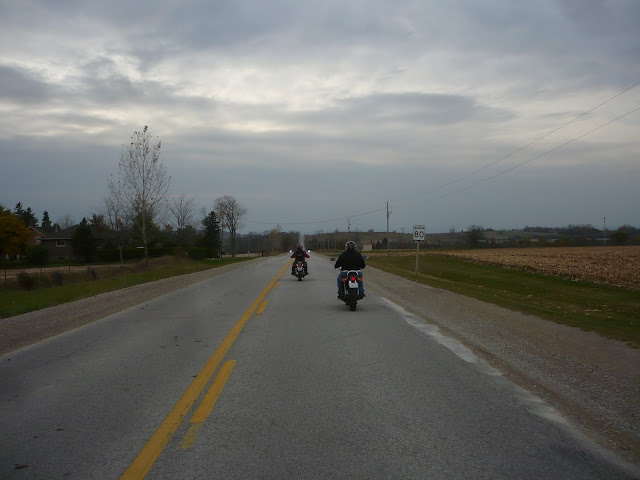 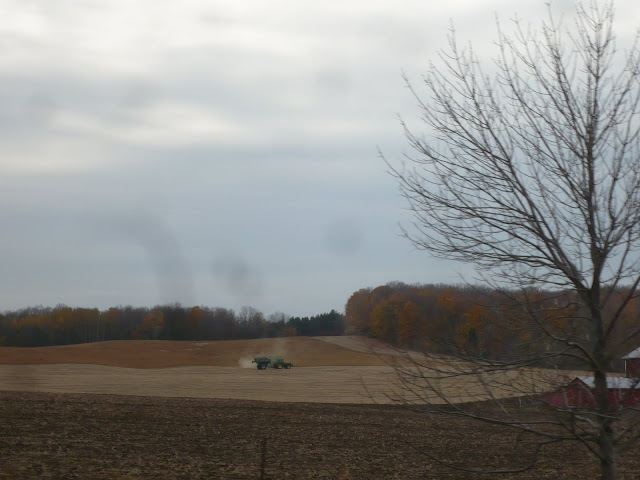 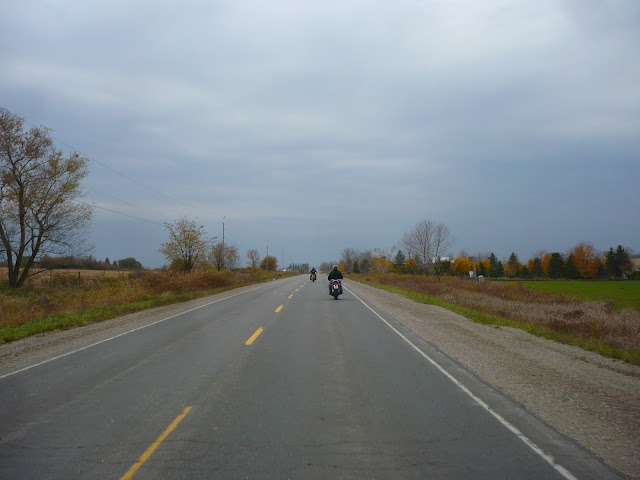 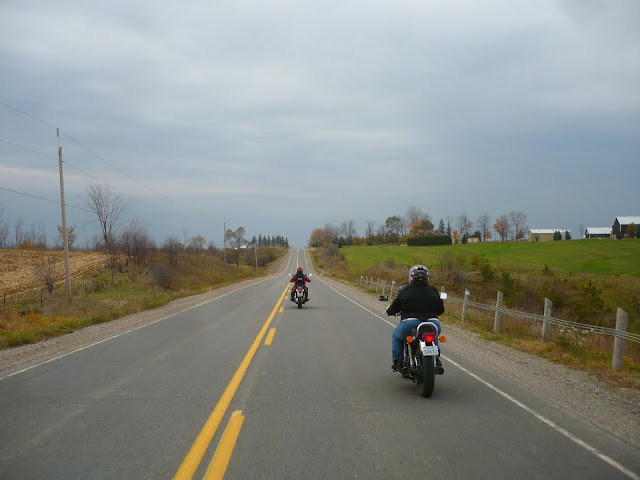 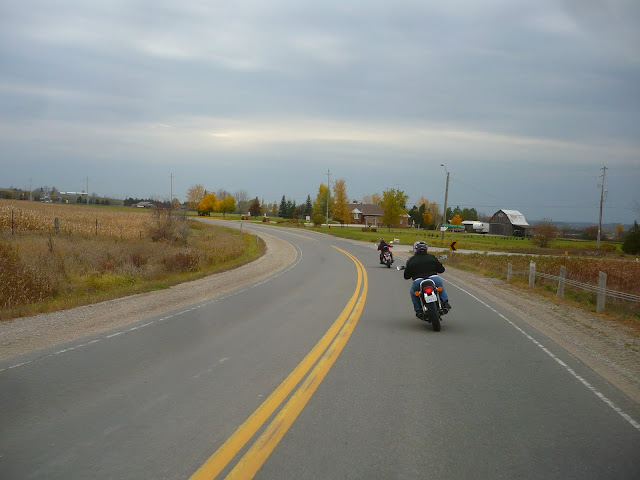 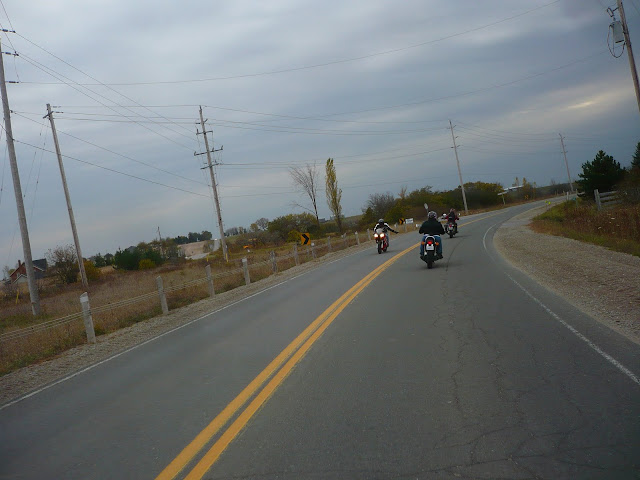 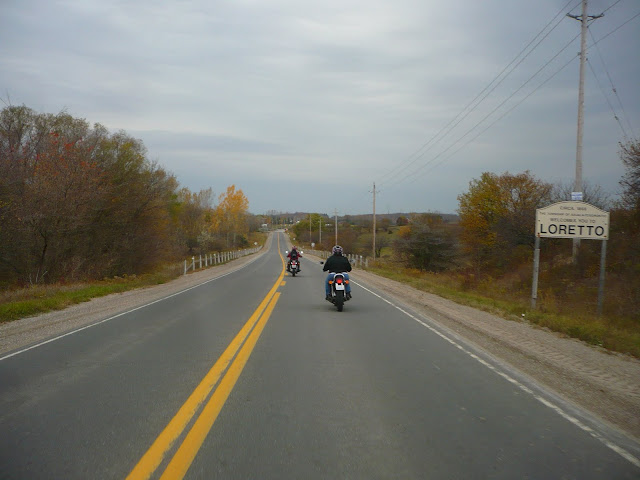 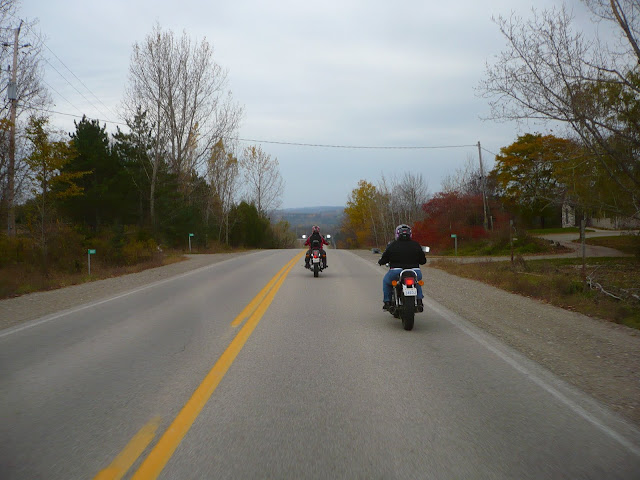 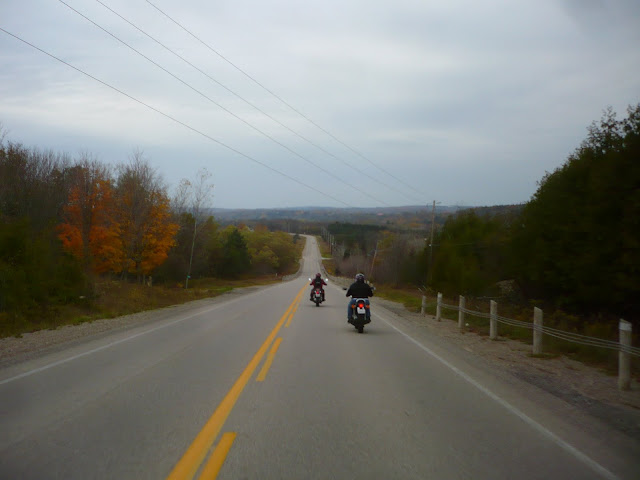 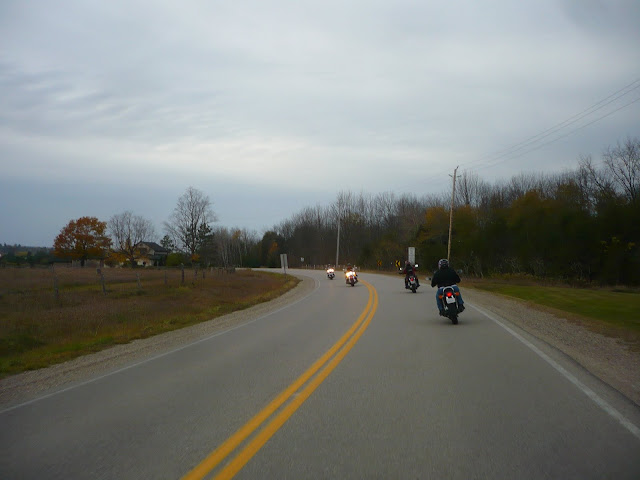 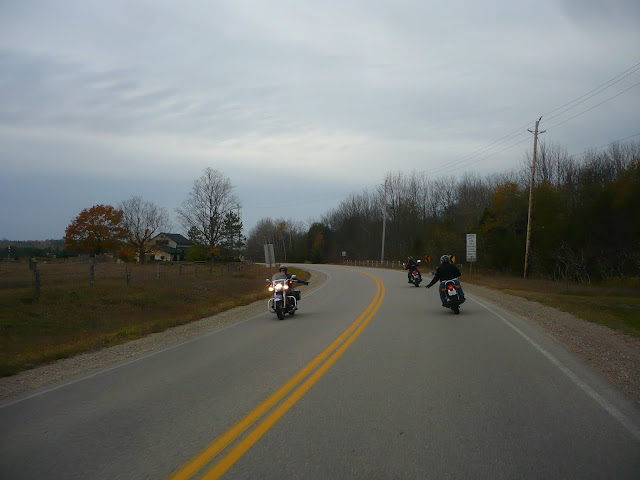 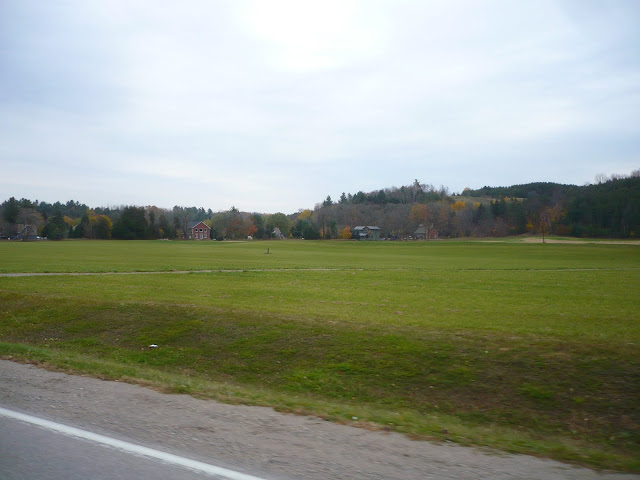 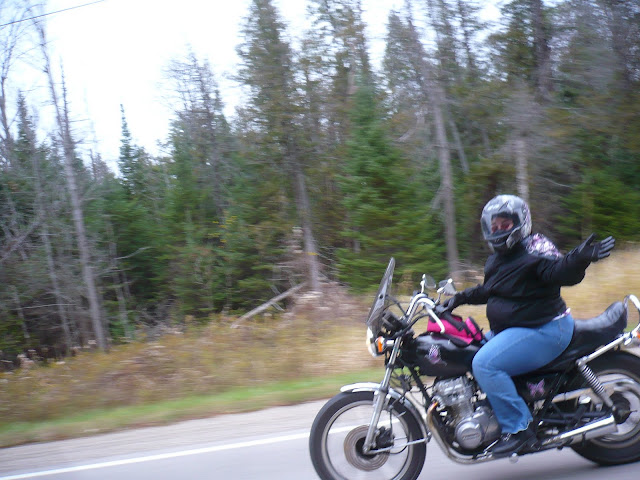 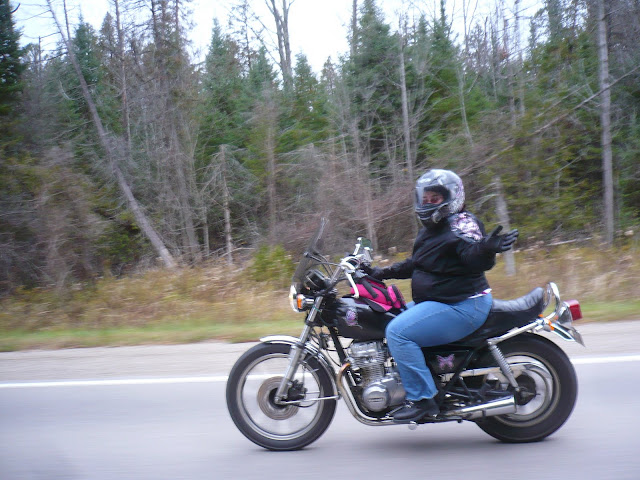 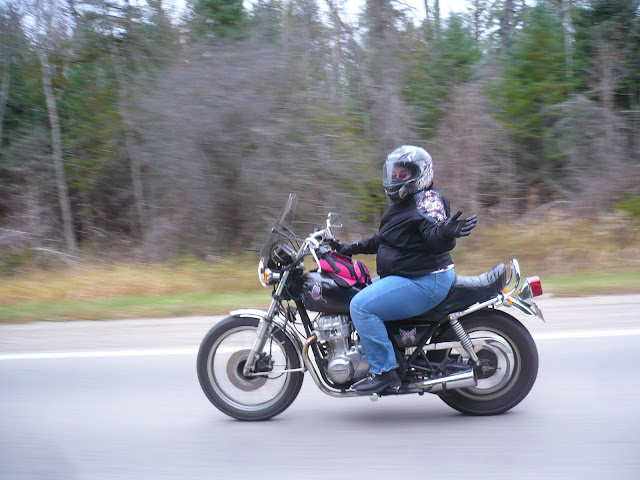 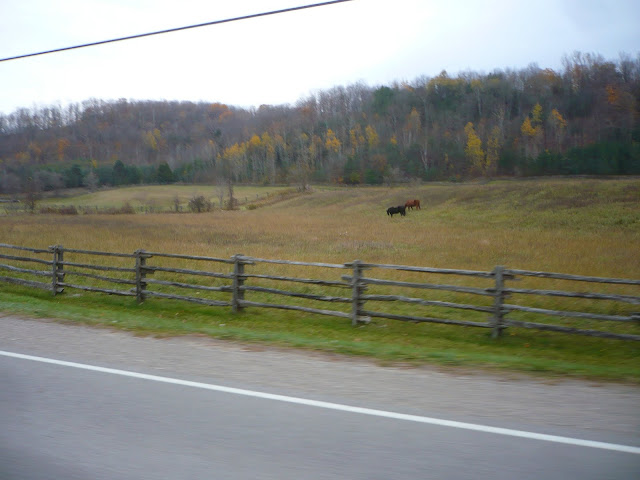 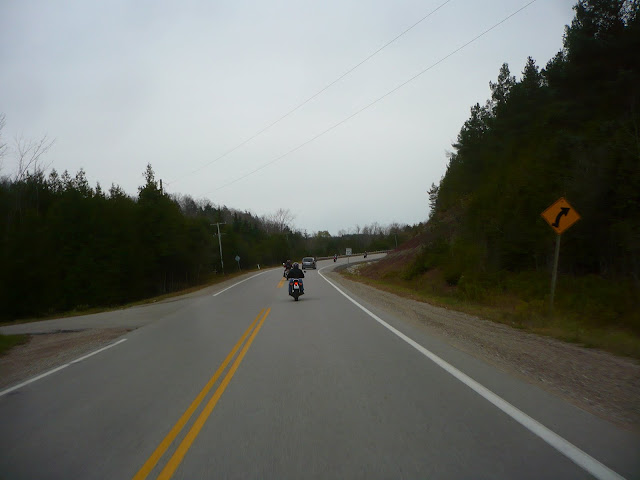 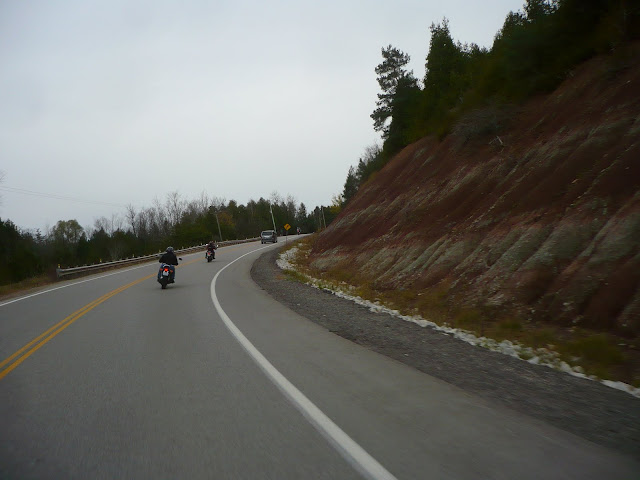 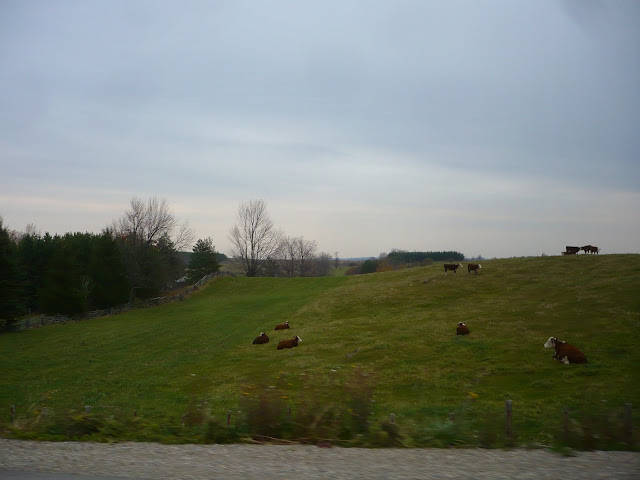 About this time we hit Orangeville, and we should have paid attention to the fact that water was falling from the sky and hitting our face shields, but I simply thought of putting the camera away and forging on with my friends. They've been fairly lucky to date, and never bought rain gear as they've had no need of it yet, but they were about to find out exactly why I have heated grips, a heated jacket, carry spare gloves with me, and have my rain gear on the bike most of the time. 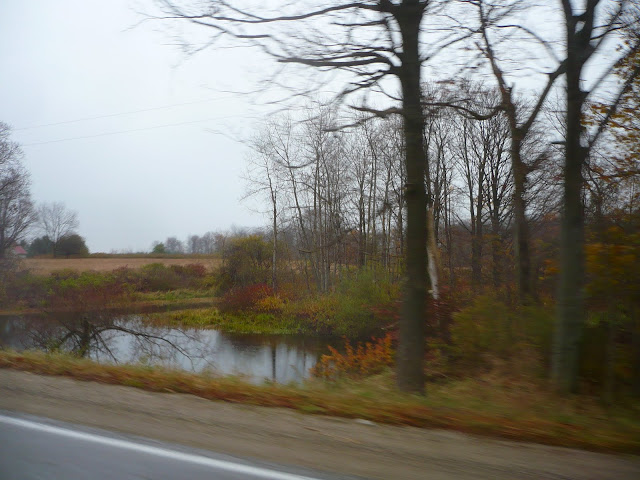 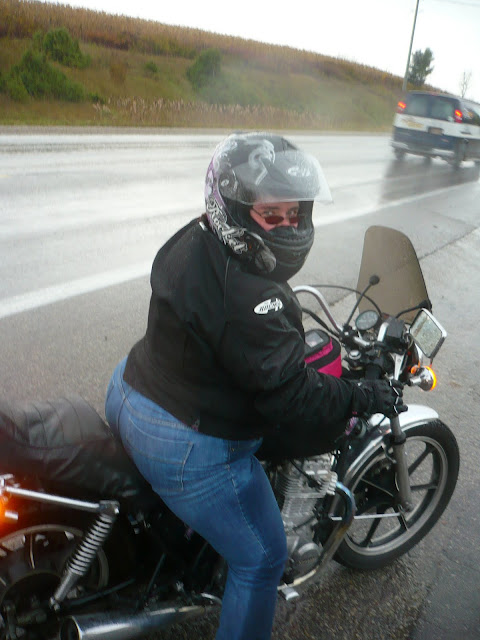 Where would we be without Timmie's? 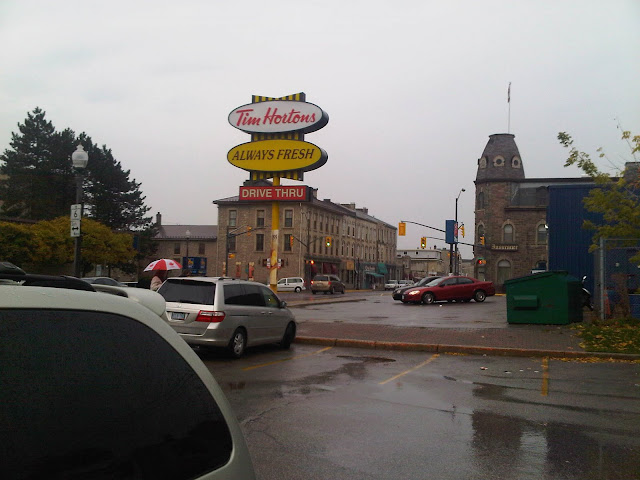 This is where we should have turned around and headed back for the blue sky and avoid the gray skies ahead, but John was on a mission. 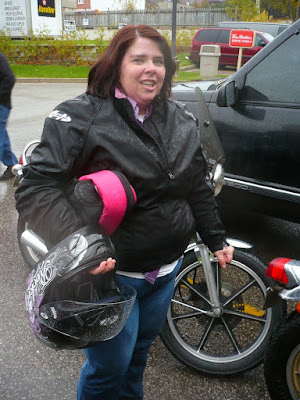 I had to put the camera away as water and electronics don't mix very well.
We'd taken a wrong turn back in Albuquerque somewhere and were now deeply into Guelph, and the 401 seemed to be the fastest way to get home and out of this rain which was now a constant light rain. But with the fading sunlight, it quickly dropped about seven degrees down to about 11 and we were losing our light
Further along the 401 we saw a couple of accidents where the cagers seemed to be having difficulty keeping it on the road and pointing in the correct direction, and as traffic slowed we got off on Winston Churchill road and headed north up to Highway seven and began to make our way East. By this time I'd been running with my heated grips and vest for about forty five minutes and I found that I'm having a charging problem, as my bike died and John had to assist me in bump starting it.  Okay, now I had to turn off all my fun bits and tough it out with the lesser mortals. It wouldn't be the first time, but it was a reminder of why I avoid riding at night this time of year. IT'S COLD!!! Add in "AND WET!!!", and you have a ride from hell. Sarah was riding in her comfort zone, and we were about an hour out from my place according to the GPS, so just getting to my place proved to be a herculean task,  sharing the road with drivers from Brampton.
We were about two kilometres from my driveway when John had a slide out in the rain and bruised both his ego and the clutch lever on his Virago. His ego will be okay, but the clutch lever will never be the same.
Eventually we pulled into my driveway, where Sarah opted to leave her bike for the night rather than face another hour home to Keswickistan, so they relaxed and warmed up with a nice cup of tea while I got out the car keys and followed Johnnie home with Sarah in the car. There is something to be said for a cage now and then. :( 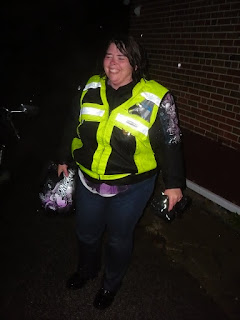 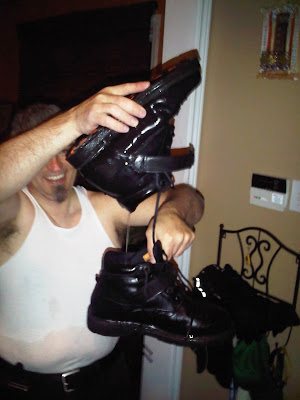 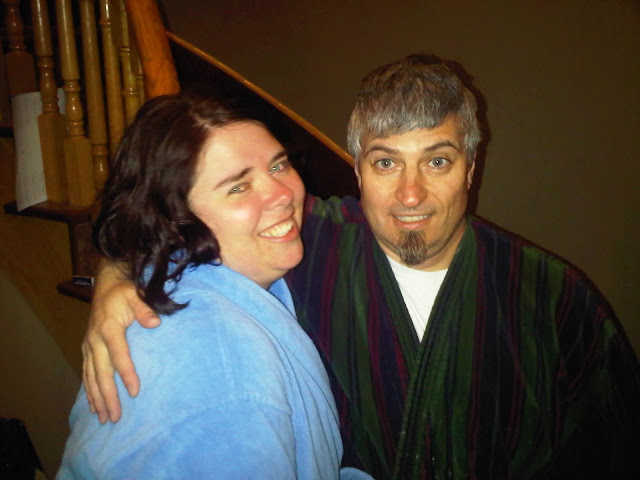 They offered to share dinner with me, but I had to rush home and blog a bit. :D