My maintenance records say that the last set of Shinko 705s I mounted was last fall after coming back from Quebec with some bubbling on the 170 rear. After our last jaunt to Saint Martin's New Brunswick, the bike was telling me it was due for replacement as the rear tire no longer was tracking perfectly with the front, probably because I'd worn a nice flat spot down the center, and the tread on the shoulders was not perfectly flat, but bulged here and there, so it made fast cornering rather more interesting than I care for, a bit greasy in fact, and when I laid her over a bit, it slipped out in some gravel and I thought I was going to have to change both the rear tire and my shorts, not necessarily in that order.


I've been having some second thoughts about riding on the 705 series, as my girlfriend rides a Honda Shadow cruiser, and does quite well following me down the dirt and clay roads, so in theory if I were to adopt a more road oriented tire, I'd get less vibration and a larger contact patch for cornering, but if you recall when I picked up that nail about 6,000 kilometres ago in my rear tire, I bought a new 170 Shinko 705 just in case, so it only made sense to match it with a 120 front to end out the season with our two week 5,000 kilometer ride to Ontario and back. 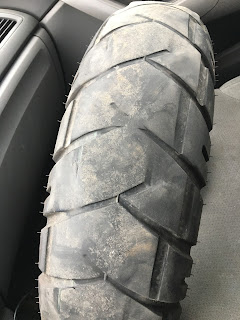 Now that the rims had to come off at last, it was time to catch up on a bit more maintenance: 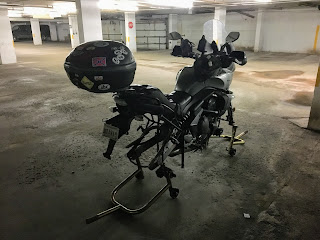 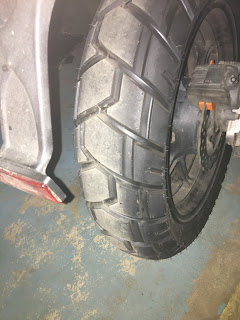 Now that the new rubber has been mounted, it was time to hit the road and head to Montague for the Red Isle Riders bike night! 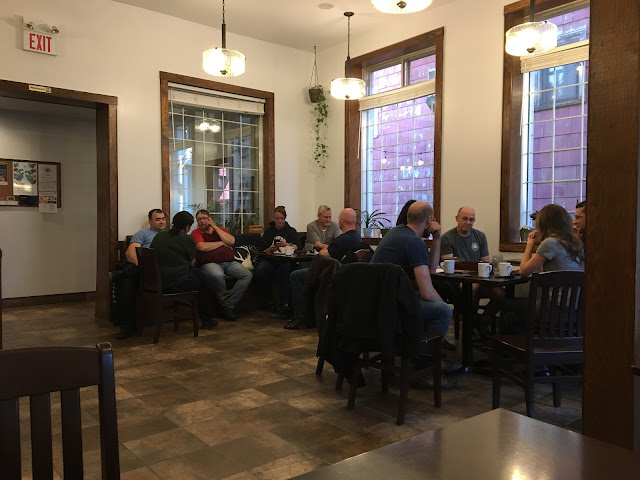 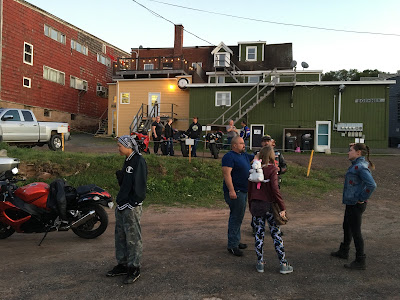 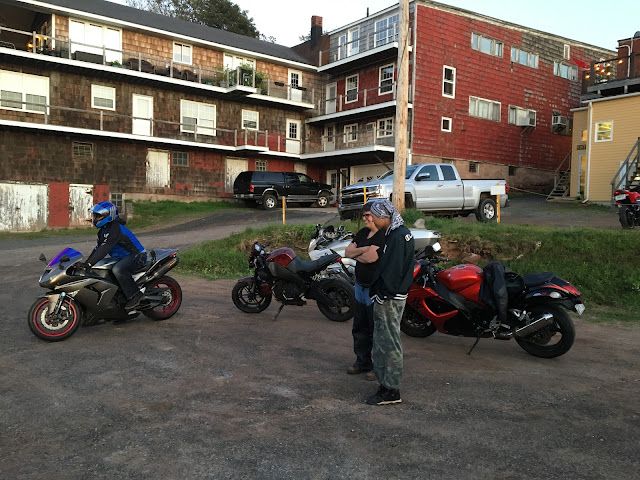 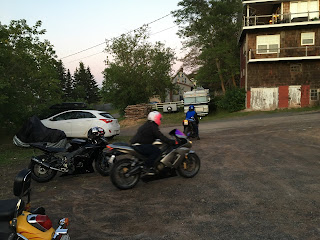