2011 Color in the Catskills

I'm a sometime poster on ADVRider.com under the nickname of Rotten Ronnie, and my friend Willie suggested that we ride down last year to attend the ADV rally held at Hunter Mountain Inn and sponsored in part by Max BMW.

So this year Darryl finally got his BMW sorted and we recruited a few more to fill out our numbers, including my friend Dee and my brother Shaun, who is in his first season on a motorcycle.

2011 Color in the Catskills

It started off with my brother's KLR losing headlight and signals, then failing to start after Shaun rode it down to my house from Barrie, so a quick trip to Wally Mart was in order to buy a replacement. It was exactly what was needed, as three days later the bike was running strong on the new battery and the old one that I'd left on a trickle charger was still not taking a charge. It's a KLR, that battery had been in the bike since Dan bought in (two years ago?), but otherwise those bikes are very reliable.

While impressed with the view, Shaun was a bit nervous about the wind, but as the weekend progressed and he crossed a few more, he learned some techniques to deal with it:


Shaun later found that he was far too tense and that was causing him to steer the bike with his body and introduce a secondary wobble. Once he had that sorted out, he was much more confident and able while riding.

Here is the best picture I have of the fast group. We, on the other hand were Team Kawasaki, a Nomad, and two KLR's. :) 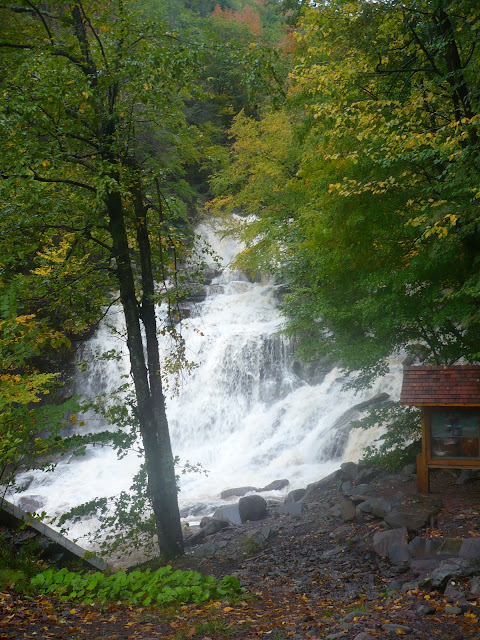 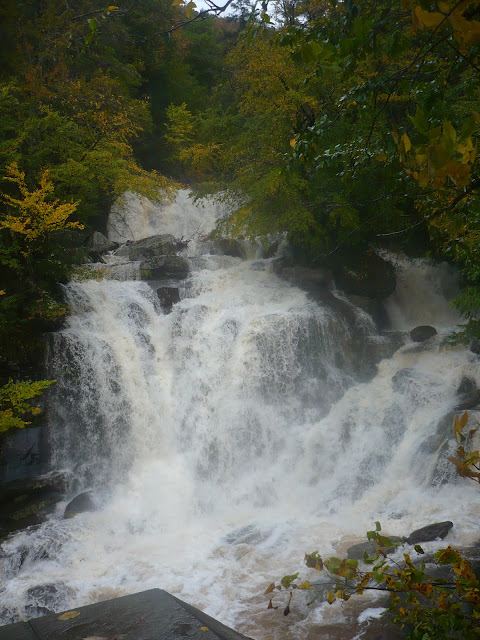 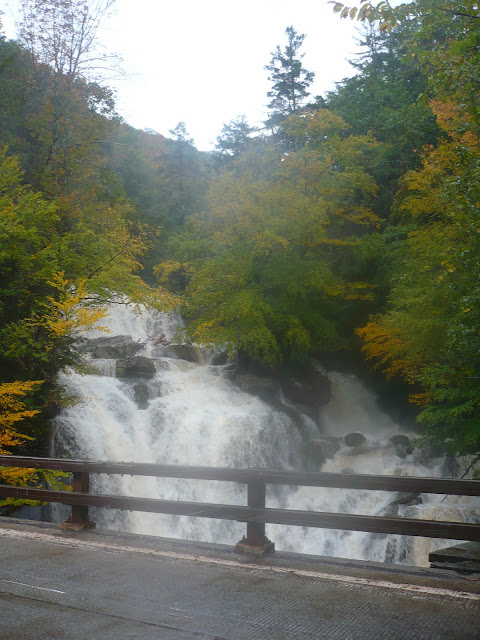 We now take you back to your regularly scheduled program... :)