Caroline was recovering from a brief illness, but was still coughing inside her helmet as we set off for an afternoon ride. It had rained all of last week, and Sunday looked to be the best day of all for us to get out for a weekend romp on the Island.

It took us longer than we would have like to get sorted, as our gear wasn't quite as squared away as it should have been. C-Line forgot her sunglasses, and needed four inches of leather chap cut away from the bottom of her chaps, and I misplaced my sunglasses and forgot the rechargeable batteries for my GPS in the apartment. Just a prelude to another fantastic season, I suppose. :D

Hah! It's 2.5 hours if you have your shit together! We headed to CLine's place to look for her sunglasses, with no luck, then across the Hillsborough River to the Esso for a fill up of McDonald's coffee. Once we had that out the way, the ride went pretty well. In fact, CLine started to shed clothing as she found it pretty warm. I had cunningly left my pajama bottoms on, and worn my heavy denim riding right overtop of them as it was only supposed to be a high of 13 degrees today. It might have been a mistake if we were to sit on a curb sipping hot coffee all day, but once we got out onto the roads it was the right choice for me.

CLine mentioned that she felt rusty, perhaps worse than she did the first ride of the season, so once we were out of Stratford and off the Trans Canada at Orwell, the pace picked up and we enjoyed the roads and sights of spring on the eastern side of the island along 24 through to Murray River. 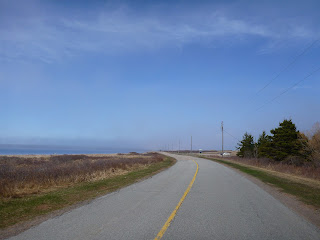 As we drew closer to the coast, that sunny cheerful 13 degrees Celsius dropped away lower and lower until CLine and I discussed stopping and adding a layer of clothing, but as the park entrance was so close, we kept on keeping on for a bit.

Wikipedia has this to say about Panmure Island but I'll tell you that the land bridge out to the island is a shallow bar of sand that can be a bit fragile in nature, as all it takes is a good storm and the sand is picked up and deposited elsewhere never to be seen again, which is why you may see signs asking you not to walk on the grass or disturb the dune as it is a fragile ecology. The grasses, shrubs and trees keep all that sand in one place for decades. 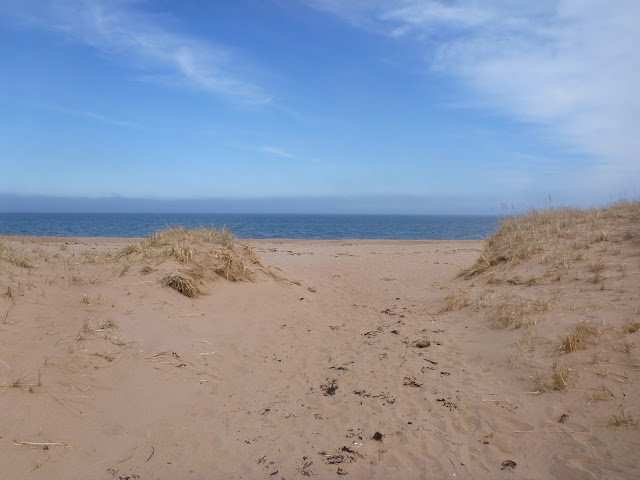 It was a popular spot with the four footed crowd, and we got to say hello to a couple of furry friends and their companions out for a Sunday walk after lunch, and I found myself reminiscing about similar walks with Suzi years ago. I was a bit envious. 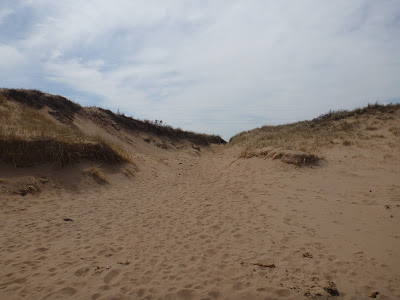 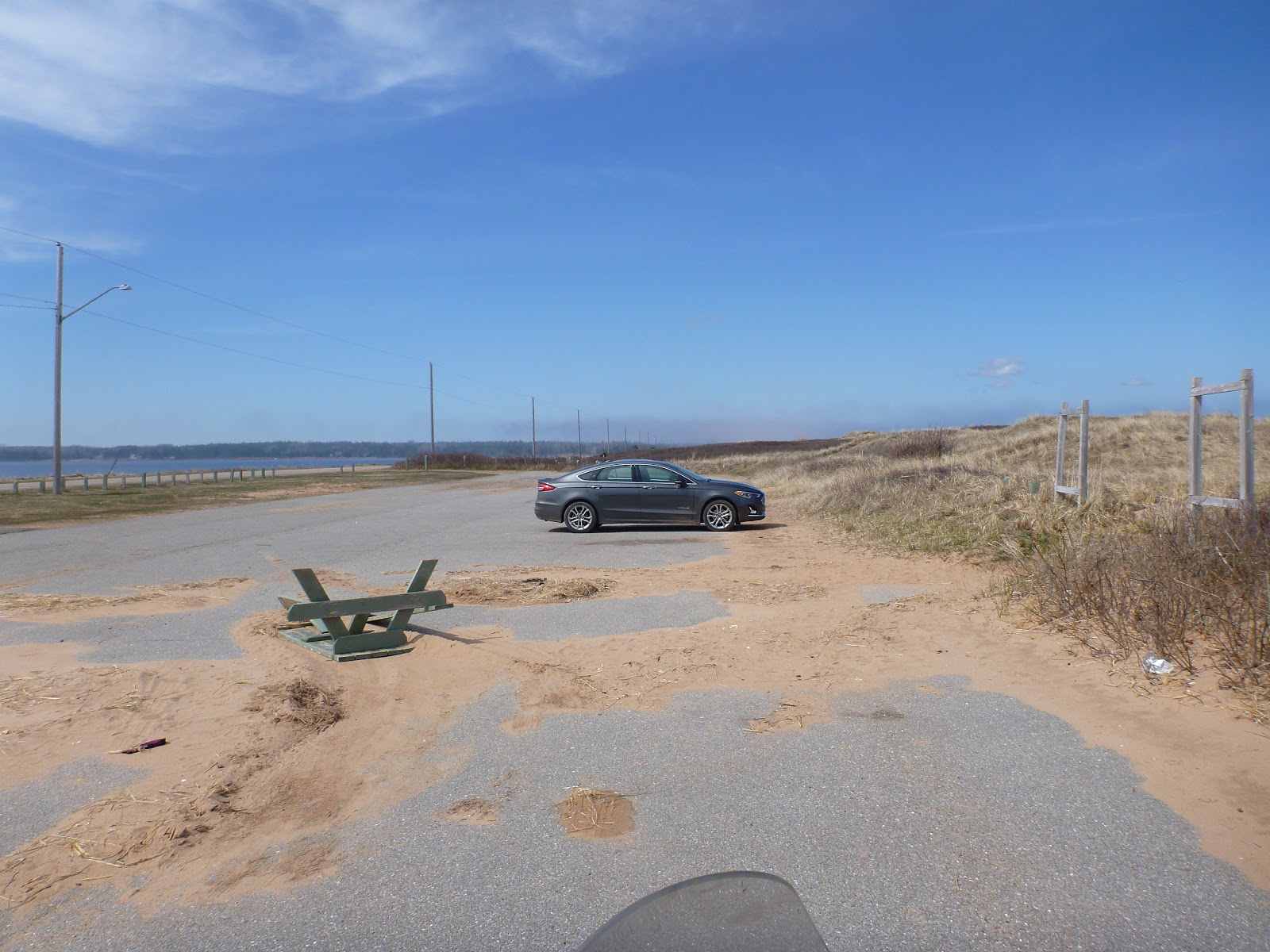 That wind can shift an awful lot of sand around, and it is quite common to see dunes develop on the parking lot, but the busted up picnic tables had me wondering if vandals had a hand in the park upkeep over the winter.

I love this land in the fall when the colours are at the peak, but the spring always seems to be a canvas of what was, and what will be. I am continually fascinated by how the lands hibernates, then rejuvenates once the warm sun is out again. 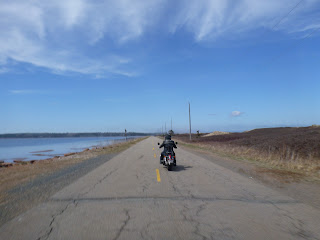 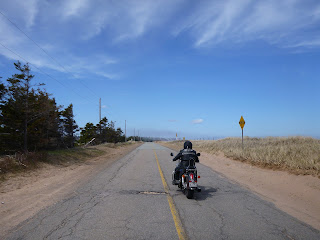 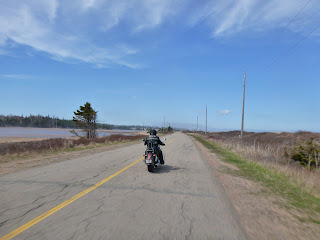 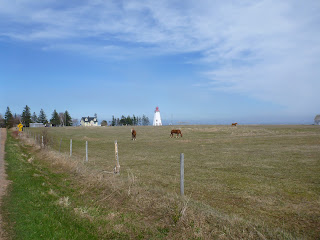 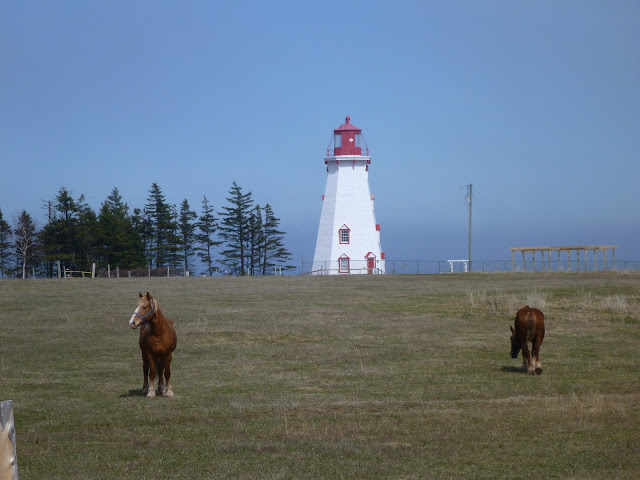 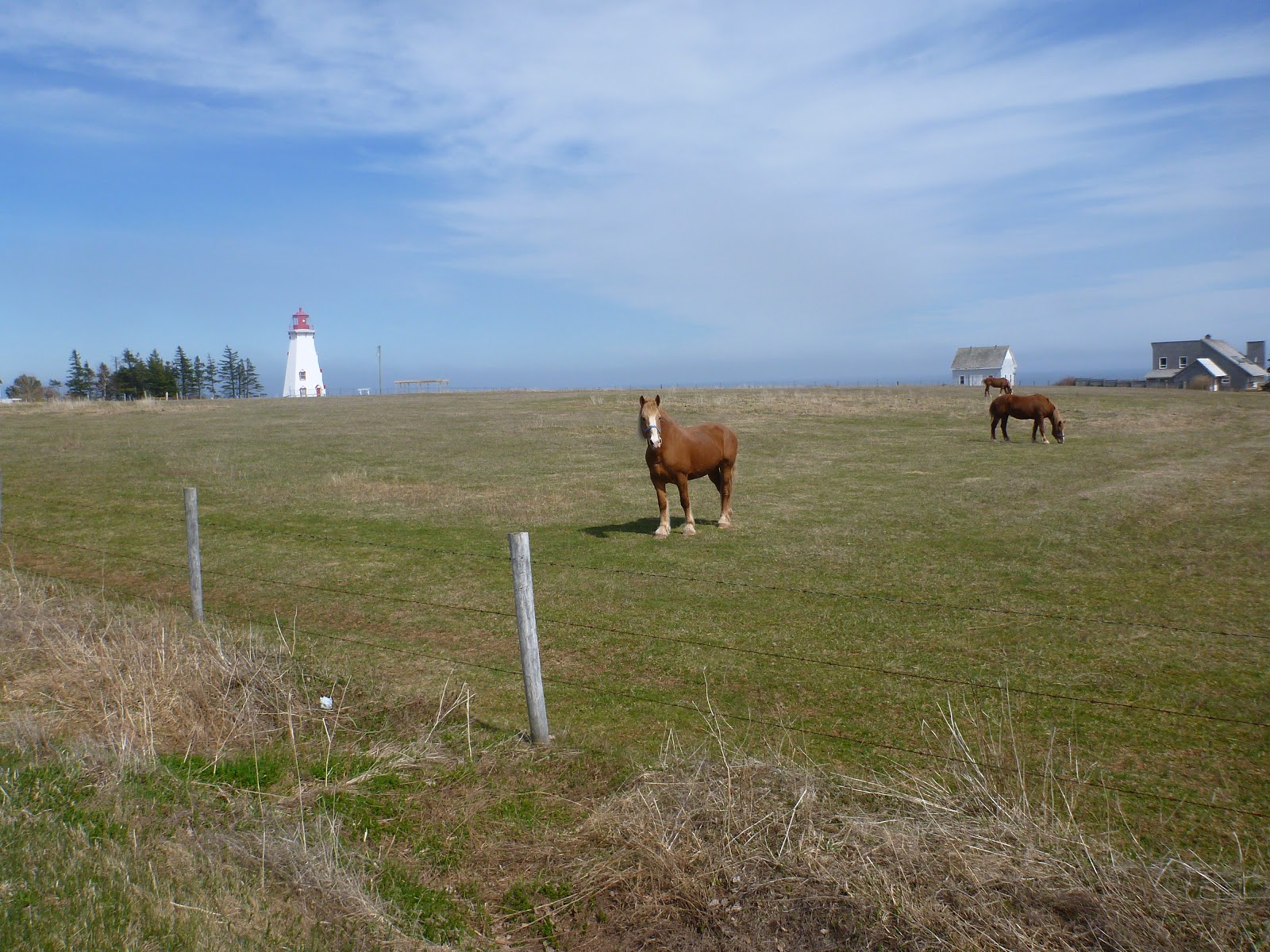 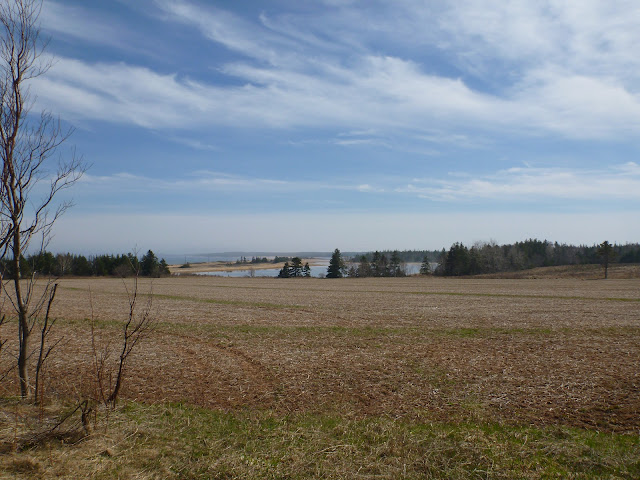 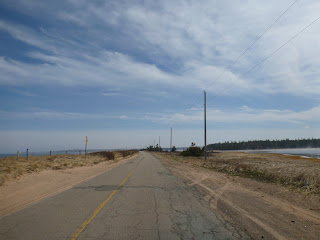 We headed into the interior briefly, gassed up in Montague, then had a tea and shared a piece of lemon poppy seed cake at Tim Hortons before heading home North up through Pooles Corner (Now a roundabout with no corners at all) and on up to 48 Road aka 5 and I followed CLine along that until we hit the Trans Canada as far as Tea Hill, where we turned a bit south onto Keppoch Road through Stratford, then across the bridge and home. 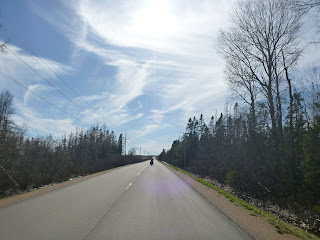 Next time I want to take along some gear for tea and have a roadside brew up to prepare for this summer. :)

P.S. I went home to make a lazy supper of hotdogs and leftover wings while CLine started work on a labour of love for her son who was turning 19 the next day.

This is THE cake that when they warn you it's "Very Rich" and "You should only have a small slice", well this is that cake. It takes a good three hours of effort though, so while I was uploading and sorting, another creation was taking place.