My girlfriend came out to visit me this spring, and what better way to enjoy a nice spring day (chilly but sunny) than to take her for a short ride out to see some coastline?

We rode out into a building lot by the sea, and stopped when we saw a red fox running through the grass. He stopped too, and waited patiently for his photo-op as I struggled with three layers of clothing to pull out my camera phone and snap a few pictures. This is the best of many.

Right, so it was Corinne's first ride on the back of a bike for a number of years, and she'd never been on a dual sport before, so I figured I'd take a short run and stop to see how she was getting on back there. At first I told her "One hand around my waist, the other on the grab rail" and that's how we rode for the first ten minutes, around the gentle (sand filled) curves of Dixon Road and along the faster sweepers of Inkerman Road to pull into the parking lot of Harvey's General Store in Crapaud for a smoke and a debrief to see if she was nervous, cold or both. Nope, in fact she had a hard time pulling her helmet off over her ear to ear grin.

We talked about signals, how she felt on the bike and what I needed her to do at slow speeds and around curves. Just your basics, but in more detail than the pre ride instruction as now she was getting into it and wanted to be part of the ride. Did I mention that I only had to show her how to do up her helmet once? The girl learns fast, and loves speed. A keeper right? 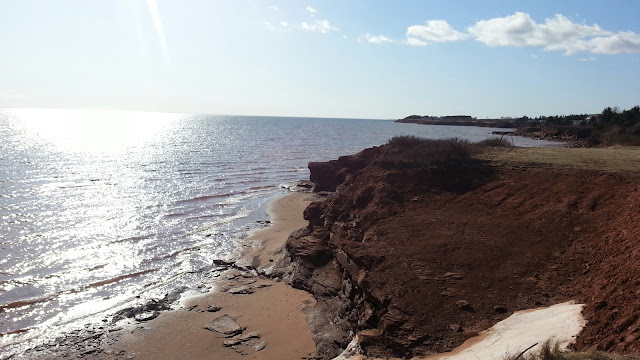 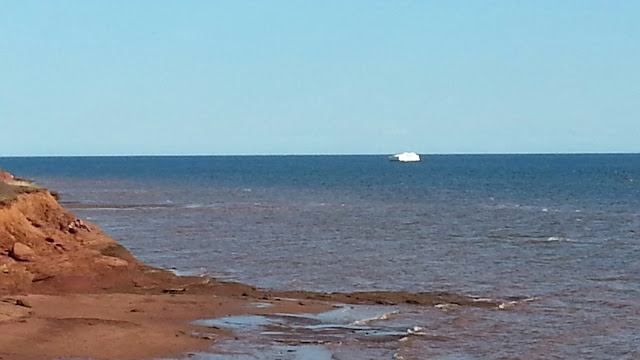 The iceberg has 10% of it's size on the surface of the water, so it will drift and melt until it runs a ground, there to lift and smash against the bottom until it finally breaks up and melts in the ocean. The frozen water could be thousands of years old, there before the advent of coal fired steam ships, the combustion engine, and modern day pollutants. Air trapped in the ice will sound like rice crispies in milk as it melts with a snap, crackle and pop! 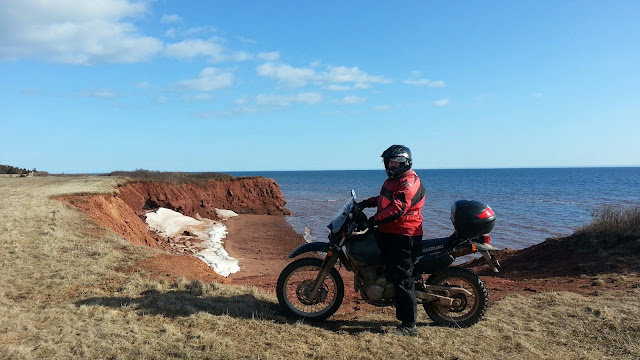 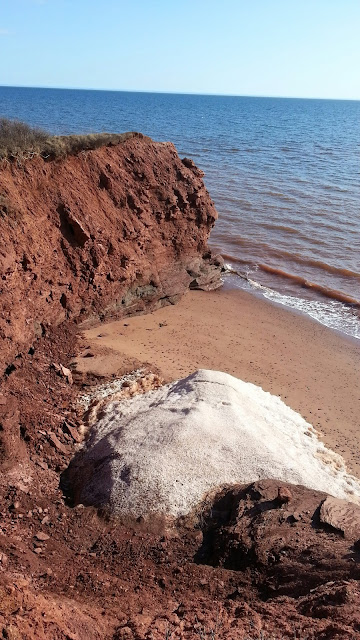 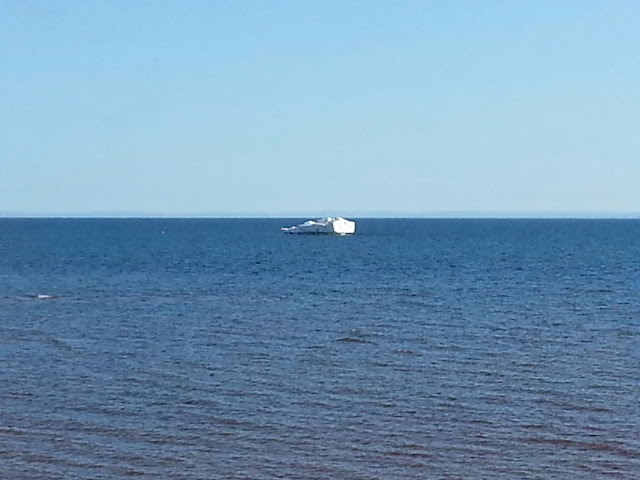 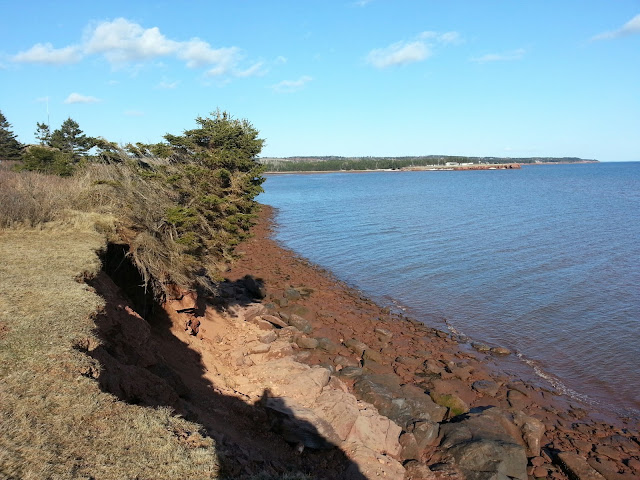 Corinne is wearing four top layers and a neck warmer, and two layers on her legs. It's a chilly day, and by the time we rolled into the driveway, we were both ready for a nice hot cuppa.