It really wasn't much of a ride, as the forecast was calling for snow flurries and rain, so I had pretty much decided that I'd enjoy the day watching movies and sorting out some odds and ends, when my brother-in-law Kirk walked past me wearing his riding gear saying something about taking his new-to-him BMW 450X out for a spin.

It took a awhile for me to find all my gear and get suited up in my insulated overalls and heated jacket, and by the time I had the bike running in the driveway on choke, I figured with the angle of the sun I would have a few hours before it started to get pretty cold.

Okay, I'll just take it out for a short rip and put it away...

It was cold! My helmet fogged up immediately at slow speeds, so I picked up the pace and headed north up Dixon road for it's sand covered chicanes, then back down County Line towards Kinkora and the Irving station. If I could handle the cold on my neck and feet, then perhaps I'd extend the ride after topping off the tank with fresh gasoline, otherwise, I'd turn about, throw some Stabil in the tank and call it quits.

It was the Prince Edward Island version of a cafe race. I stopped at the Irving, topped off and had a smoke, and reveled in the joy of letting out the clutch with a bit of wheel loft and I was off again, but my choice of the Trans Canada was suspect, as it became the type of ride where you tuck your knees in as far as they will go, hunker down in your seat to get less windblast on your neck. I could feel the wind getting through my boots, and knew that when the light quit, it'd be more than I could handle.

I will admit to plugging in my heated jacket and thoroughly enjoying the heat it provided as I raced down the road towards Crapaud...  I was wishing I'd worn my balaclava in addition to my neck warmer, but oh well, you can't have everything. 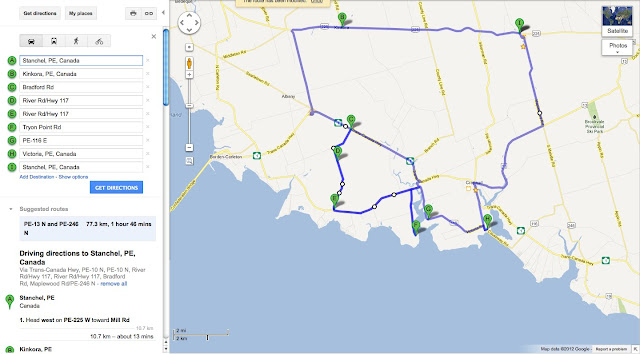 Well, the goal was to have fun, not blast around on the TCH, so I took the first turn and headed towards the South Shore of the island, but over the past couple of weeks, the ground had soaked in a ton of water that turned the clay roads into muck, and I wasn't wearing any dirt armour, so I gingerly took a few dirt roads to find them in decent shape provided you avoided the wet bits and away I went on a combination of groomed gravel and asphalt until I ended up at the entrance to Tryon Point Road.
This is where the road turned into soup. You could see the tracks of farm vehicles that had sluiced through the muck and left their tracks and ruts behind, and I decided discretion was the better point of valour and I rode back towards the asphalt.

Full stop. You're on a dual sport fella. If you go back with your tail between your legs you might as well buy a GSX-R 600, mount scrubs on it and only take it out on warm days to pose at Timmie's.

I did a U-turn, sucked in my breath, tightened my girdle and went for it. (In first gear while standing on the pegs) Okay, now I feel like a BMW pilot, so time to kick it up into second and enjoy the feel of the back end skating around (now that I found I had good purchase with the front). I was no Shane Watts, but I did my thing and came out of it with only a bit of muck on me and the bike. 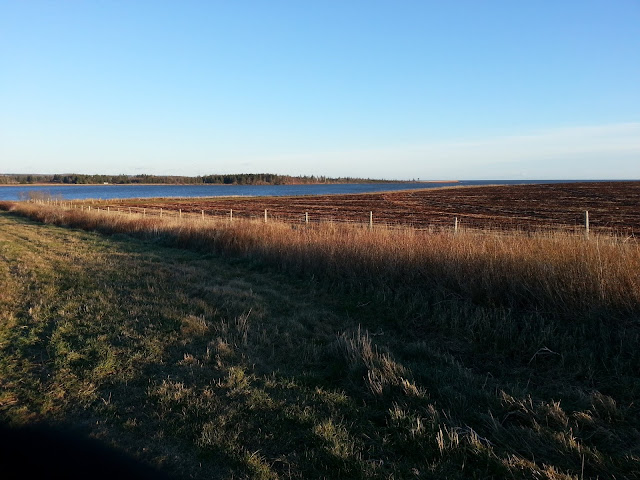 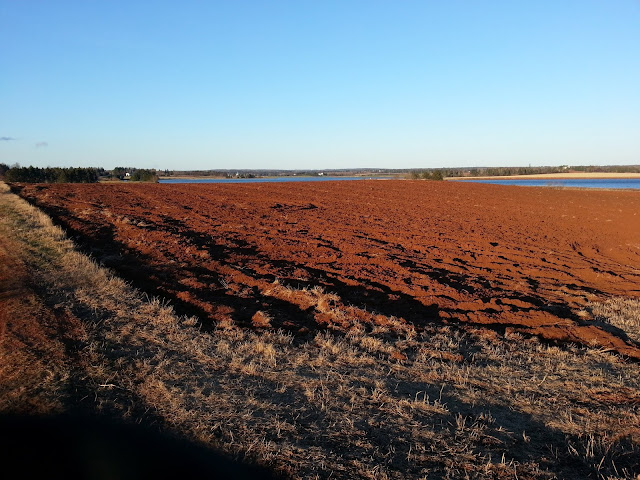 Well, the shadows were lengthening and it was time to get this bike onto the other side of the estuary into Victoria-by-the-sea for the second-last stage of the ride. 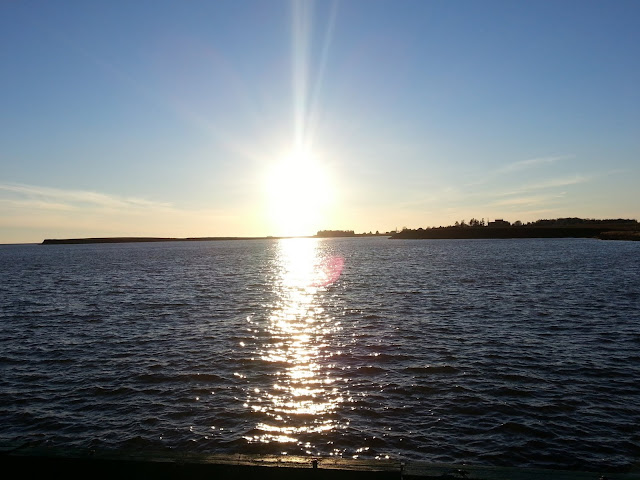 And after chatting with a gentleman out for a winter walk, I pointed the bike back towards Crapaud and home after lofting my wheel once more towards the sky, content to roll it into the garage to wait for better weather in the spring.