Top End Rebuild or How to show your KLR you really do care.

Willys from KLR650.NET has been great to deal with. The only problem I've had is tearing myself away or hanging up when I talk to him as we both love bikes, and he has a wealth of knowledge about KLR's. I'm the first guy with a burnt valve apparently.

Kids, if your muffler breaks, get it fixed before you go riding or do anymore wheelies. Just sayin'. :) 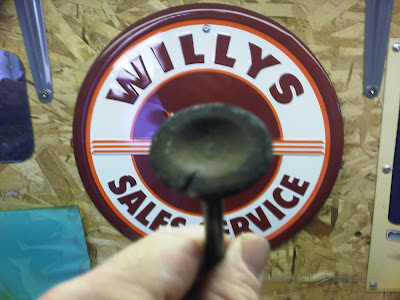 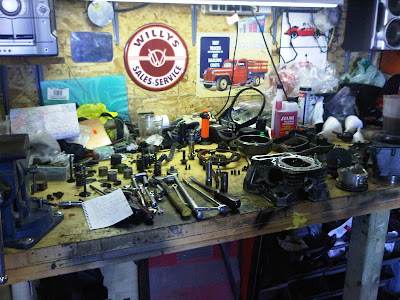 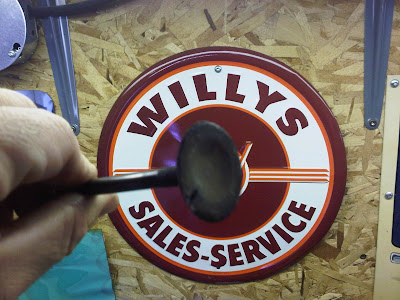 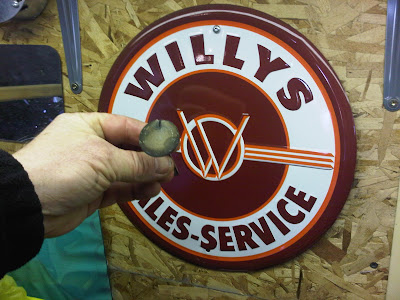 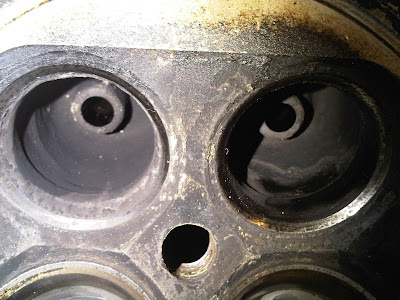 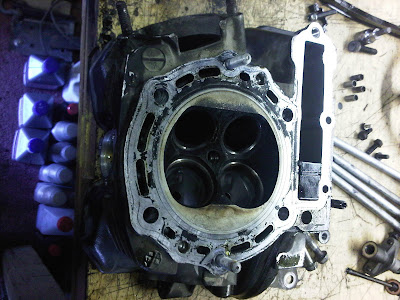 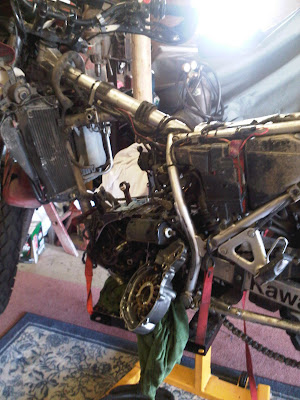 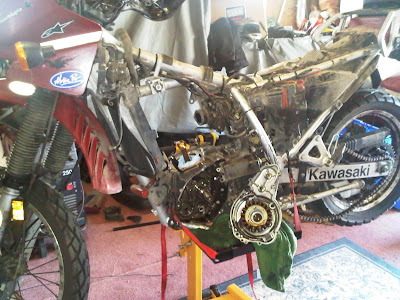 I ordered my kit in from www.aviciouscycle.ca

Here's the update on the rebuild project. Willys obviously had to order in a new valve to replace the burnt one, and it took a while to come in. Two weeks more or less, so the entire project was on hold in the meantime.


I trailered the bike home using my "Redneck Bike Hauler" from Willys place as an early Christmas present to myself.

After the work it started they way I'd become accustomed to when I bought the bike from Tinker on the www.ODSC.com forum with 10,000 kms on the clock, well before the burnt valve.

Choke on, starter and a tiny crack of the throttle and she's alive in what seems like two revolutions of the engine. What strikes me as strange is the exhaust note, as Willys eradicated tweety bird by pulling out the spark arrestor and welding on a tailpiece to the pipe to direct exhaust away from the fender. I'm just not accustomed to the way it sounds. He proudly showed me the newly cleaned fender too. :grin:

Now it had to sit for a few months until we had some warm weather and I was able to take it "around the block" for a fifteen minute ride.

The throttle is a responsive, and no worse than what I'm used to, but the ENGINE BRAKING!!! My bike is a nut buster again when I roll off the throttle, and while it won't power wheelie in every gear (awww, darn it!!!), I have to exercise more respect for the throttle mid corner now, as I'd become a bit ham-handed while riding with a burnt valve and less rear wheel horsepower. It feels as if I could break the street tire out mid corner if I twist it just wrong on these cold roads complete with sand.

In a straight line it pulls hard, and is responsive to the throttle. I'm still in the breakin with 240 km on the new parts, and at idle they seem to tick away, with what seems to be some vavle or cam chain noise. Willys, you're not missing any sockets are you? :scream: :lol3:

It feels stronger, at 60kph and 80kph I'm running at lower revolutions per minute than I used to, and I've 240 km on stabilized fuel so can't tell you what gas mileage I get with my set up, sorry.

In short, I love it. I think this was just the trick to get me interested in the bike again and to stop mooning over a Honda XR650L with it's tiny little gas tank. :screwy: It feels as like I won't need change the sprockets for offroad as 2nd gear is much more ballsy for the slow stuff.

I asked Willys about the noise I was hearing from the engine, and he suggested that when I brought the bike in to him, the valves were tight so I wouldn't hear them ticking away, now that they are in spec and bedding in, I'd hear normal noises from the motor, but by all means bring it back up if I thought I needed to.  I'm pretty sure it's just the motor doing it's thing, as it's rhythmic and regular, and speeds up when I roll on the throttle at idle, so I'll continue riding it as is. I'm still smiling. :)

I'm just back from a 2,000 kilometre trip down to the Blue Ridge Parkway and back, and the bike is running fine. It was getting about 300km before reserve, and my gas mileage seems to be improving a bit. It was really pulling nicely up those mountain roads, but I was hard on the throttle and my Kenda 270's wore down a bit more than I'm used to. :D

I took the bike on an 8,000km trip across the Trans Labrador Highway and toured Newfoundland before heading home again, and my fuel consumption was all over the place. At worst it was 6.8 litres per 100km, at best around 4.9, the average was 5.7   I've made some carb mods to it, a KLX needle clipped two down from the top, an idle mixture adjust screw and a Moose factory racing foam air filter. It's still running rich according to the butt dyno, and now my sprockets are fish hooking after about 12,000 kilometres, although the DID VM2 X-Ring chain is in great shape.  I can see why some guys re sprocket for off road, by the time you're in second gear, the behemoth is rolling so fast that the trees come rushing up really fast and the suspension really can't handle the rapid rebound and compression like an XR400 or a Husaberg.

So, if you're going to do it for offroad, spend your money on suspension first, then an aftermarket exhaust. I've broken three by smacking them into the swingarm. I've an ISD2 Supertrapp on it now, and while loud it's survived all the thrashing and bashing without blowing up. If I were to do this again and planned only to use this bike only for touring and never dreamed on taking it offroad, I'd leave it stock and laugh as I pulled up to the pumps for a fill. That being said, on gravel this mother will drift. On the road, with a wee clutch dump, she comes up easy, and I can leave stock KLR's behind ever so slightly. It just pulls harder in every gear.

The 685 kit rapidly pointed out that my clutch plates are worn or burnt, as it began slipping not to far into the season, and I've an OEM clutch kit and new springs waiting to go into it this winter. 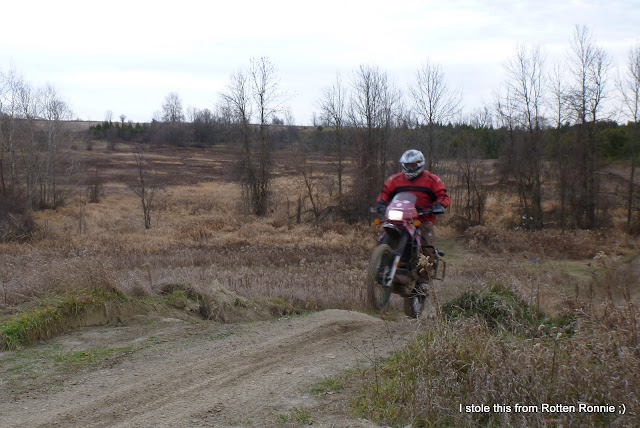 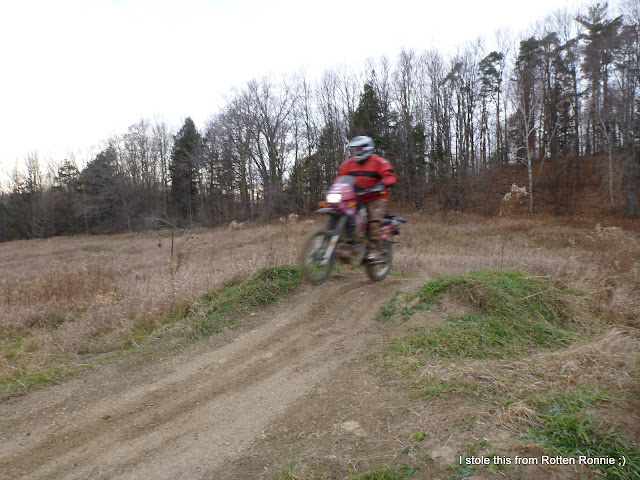