I'd felt rather lazy for not going on a longer ride this weekend, and Saturday's forecast was for sun and fun, so I finally managed to get my ass out of bed and into the shower for a late start on the day. Shall we say a very late start?

I hit the Tim Horton's on Grafton Street in Charlottetown with the idea of riding towards the East side of the island, but with no real fixed plan. 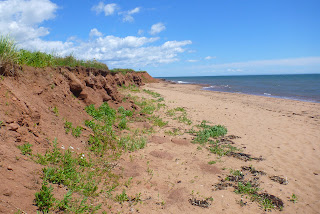 I'm in a terribly lazy mood, so rather than doing a write up just this minute, I'm going to publish this and catch up on the descriptions later on.


I found myself heading East along the TransCanada out of Charlottetown, but perhaps I'd head out to the Point Prim Lighthouse? Nah. Been there, done that a few times. I'll keep going and head out to the Wood Islands Ferry and have a poke around. Most days I'm too busy unloading and trying to beat the RVs off the boat that I've never bothered with it before. Seems legit, lets go! 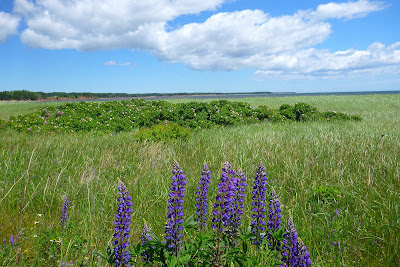 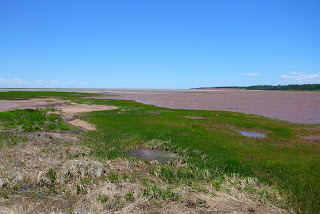 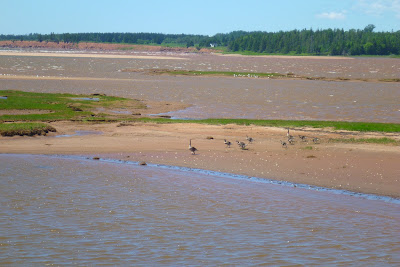 And they are still heading away from me. Maximum zoomage!

I left the Canada Geese behind and headed further east, until the road turns to gravel and you reach the access road to yet another lighthouse, 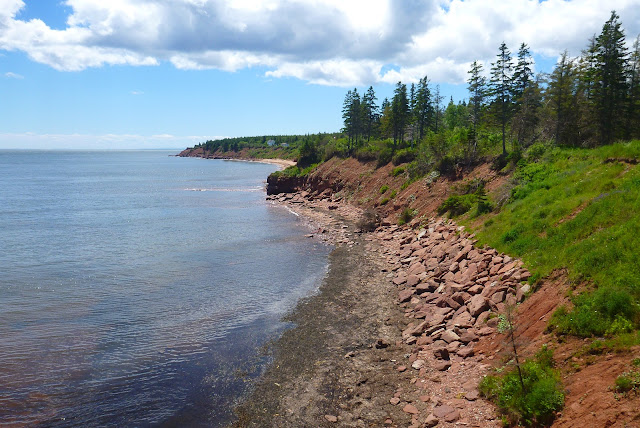 The lighthouse used to be up on the right in this shot, but was relocated by the preservation society in the not too distant past. You can see it in the shot below if you squint hard.


More about the Cape Bear Lighthouse and Marconi Station...

With the bright sunlight I found I was in the mood to take pictures, so be warned. 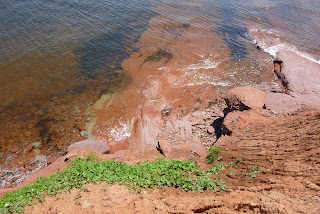 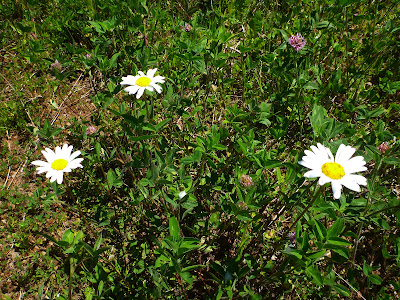 You can see quite a bit of how mother nature is eroding the island. I figure the whole place will one day be nothing but a tea stain in the Atlantic Ocean. I think I've time to pack a few things first. 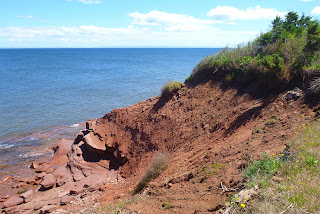 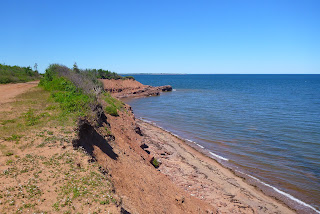 I'm in love with my $12 dollar eBay farkle for the kickstand. You can't see it, but it's working hard to keep 454 pounds of beast from taking a dirt nap. 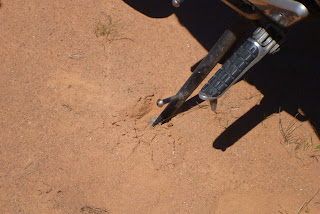 Some people come out here to enjoy the view, others may have forgotten to bring the skeet launcher and the clay targets. 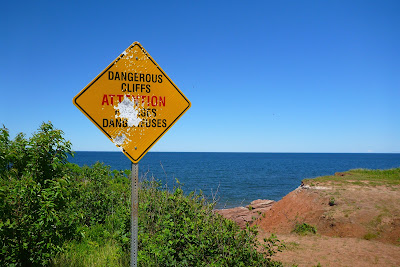 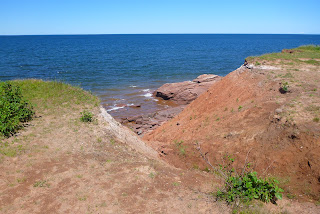 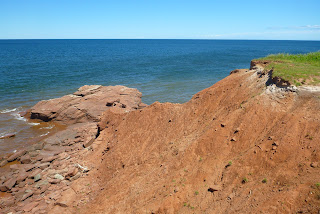 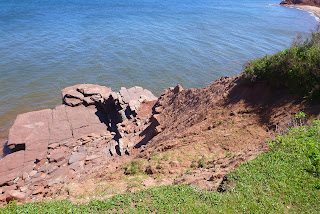 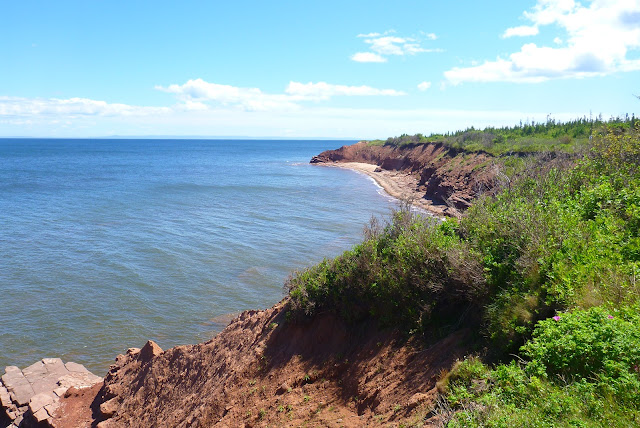 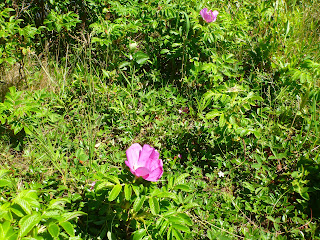 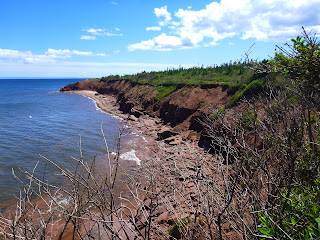 I'm going to head on into Beach Point and see if Danny is finished hauling all the traps in for lobster season was over a ways back. 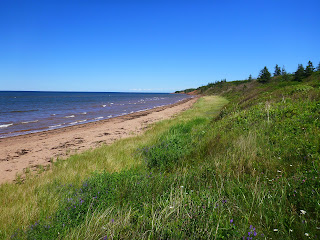 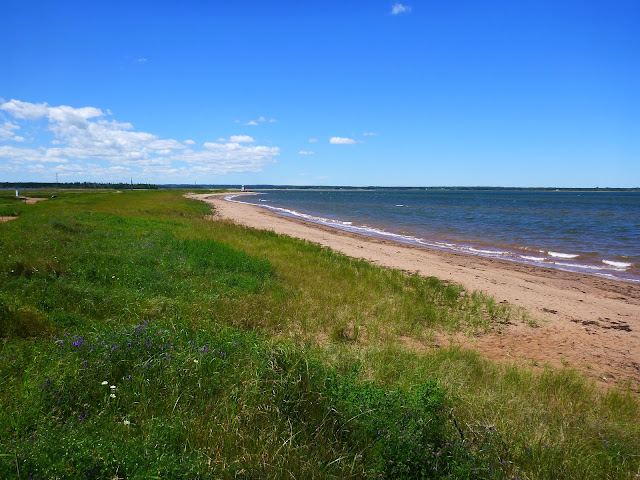 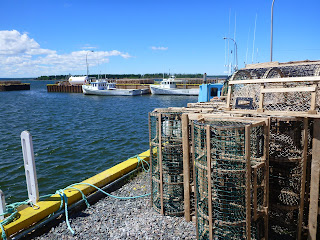 These traps are deceptively heavy. They have to be ballasted with rock or cement to drop down and sit on the bottom. Danny estimates his weigh in at about 60 or 70lbs each depending on bait and catch. They are a bugger to get in over the side of the boat unless you do it every day, 150 times or more as you reset the traps.

If interested, here is my photo album of a day spent on the boat trying to help out (stay out of Danny and Robert's way while trying earn my lunch) 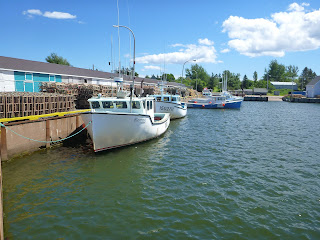 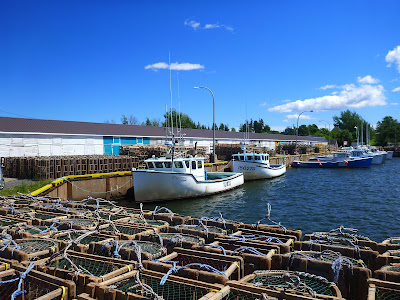 For your viewing pleasure, I've added a short video from a few years ago showing how the pros do it.


IIRC, someone had laid a trap line across Danny and Robert's line, so the winch hauled up both trap lines. It took them a very short time to address the problem and get back to work. 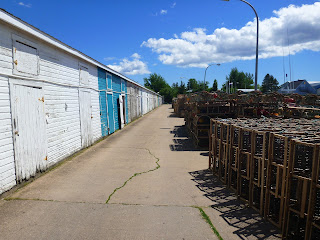 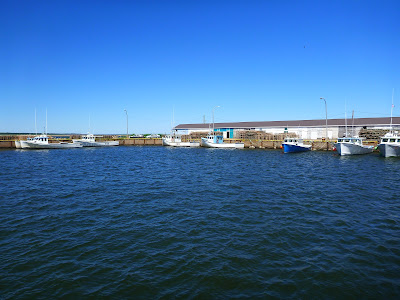 Right, time to book it back home, but I stopped in and ordered a tea with milk at my friends place before hitting the highway for a straight run back. Thanks again for the tea and the chat!