In which we do a classic Sunday Afternoon ride out to Point Prim then to the closest Tim Horton's because we could, and flirt briefly with the idea of running out of gas, but opt not to this time out.

A friend of mine is scheduled to take her motorcycle permit road test later this week, and I offered to go out riding with her on Sunday afternoon and offer her some advice such as "Try to keep it going in the direction you want it to" and "If in danger or in doubt, a little throttle will get you out" and other useful nuggets that I've picked up over the years.

As all good rides start, in the parking lot of a Tim Horton's just by the bridge into Stratford and once I'd downed my tea and agreed that "Yes, it is a warm day to be wearing leathers.", and we were off!

Just to keep things entertaining, the last kilometre to the lighthouse is gravel, as is the parking lot on the way there. Definitely something to keep in mind if you are not happy riding on it. 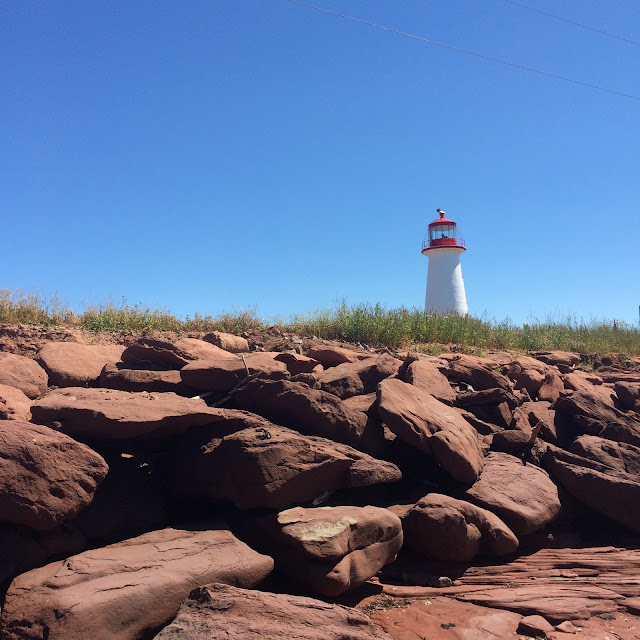 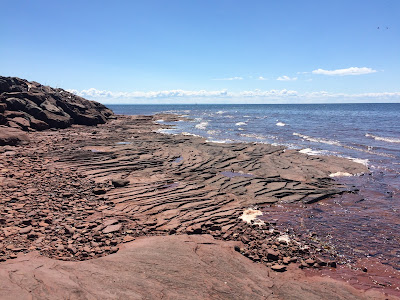 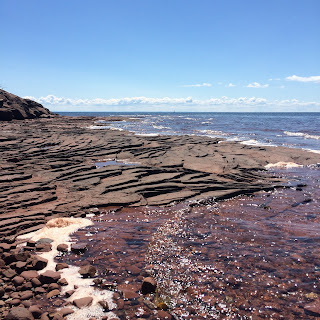 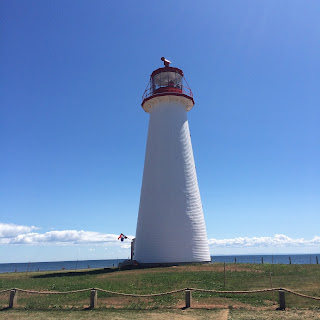 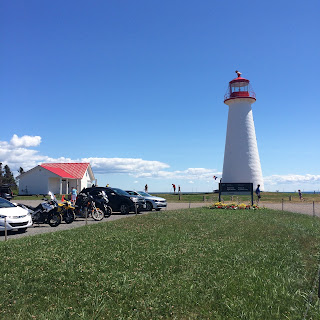 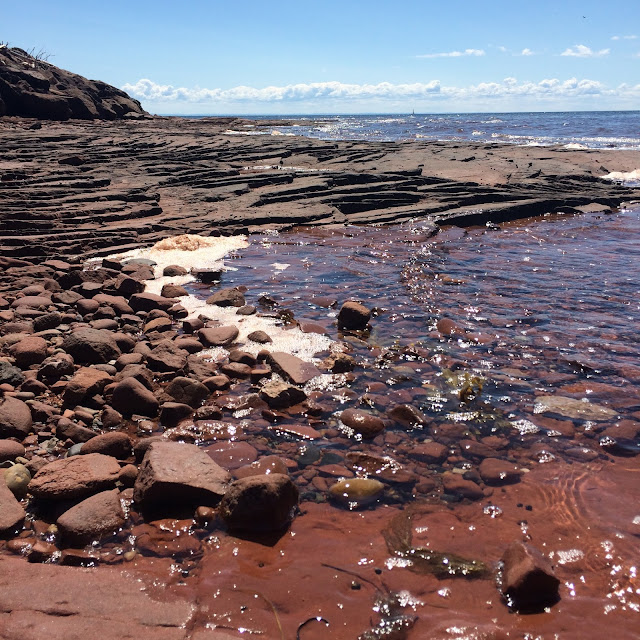 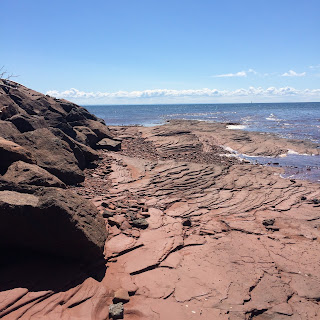 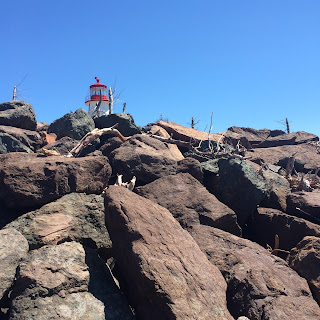 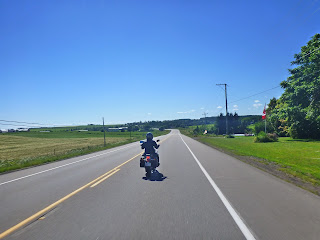 So we had some time to kill, and headed off to Montague to practice riding a roundabout or two. They can be so much fun, but for a new rider a tricky to in order to coordinate clutch controls and timing for entering as well as the corner itself as it quickly turns into more of a chicane or "S" curve for the rider, with curbs upsetting the unwary. 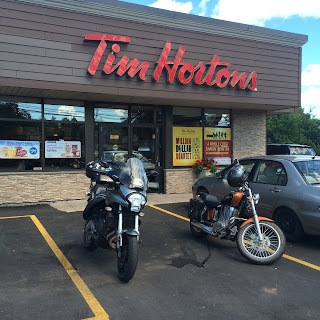 We put another 19 kilometres on the tank after reserve, and made it into the gas station, thankfully.

Back in Charlottetown we hit a parking lot that has a nice incline to fine tune her uphill starts, as she had a tendency to not give the bike enough gas when starting on a hill, and I took her two up around the lot to show her how I used lots of gas and clutch to do it, but I found there was play in her bars due to a loose clamp on her goose neck, something I'd never run across before. There was a 1/4 in gap where the surfaces should have mated!


The bars had to come off so I could tighten the bolt with my underseat tool kit (non OEM mini ratchet to the rescue!) courtesy of my Gearwrench mini ratchet and some metric hex bits. Once we had everything tightened back up she worked on her throttle and clutch control and improved quite a bit in short order.

And with that we headed our separate ways. All told about three hours of riding on a fabulous Sunday afternoon.

P.S. That Gear Wrench Microdriver set is the bomb for motorcycle toolkits provided you replace the hex bits (SAE) with Metric hex bits. Sold at Lowes in Canada as a kit for under $30, when I take only the parts needed fits quite well under the seat of my motorcycle. The ratchet is strong enough to drop the forks out of the triple trees, but you will want to be wearing your riding gloves if you use that much force on that tiny little handle!

I've seen them in Lowes in Canada, and they sell them at Walmart and Sears in the U.S. 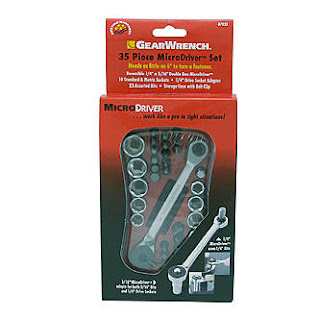