I've been having some carburetor overflow issues with my 2001 Honda XR400, and it boils down to a few possibilities which means I'll be taking the carb off the bike for the sixth and hopefully the last time this year to do a few things:

Another one suggested getting a wooden dowel and a pencil sharpener, then placing valve lapping compound (polish/abrasive) on the tip and gently using that to ensure a good mating surface.

And I'm off to the garage after supper to play. Wish me luck!

The first order of business was to replace the old, leaking, petcock. 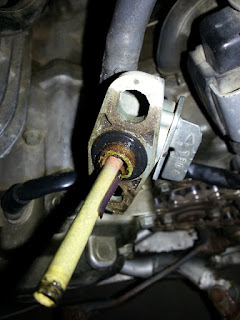 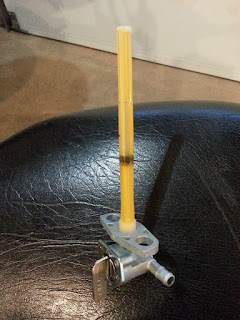 Crap! I didn't order the washer so I'm reusing the old one, and I can tell you that if I were to do this over, (And I might have to one day) I'd order in a new one. 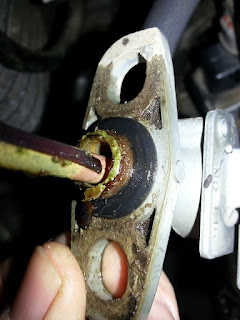 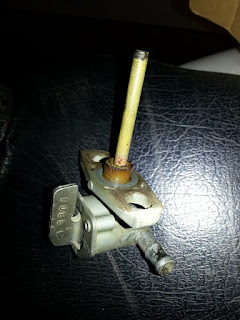 I had plans of using an inline fuel filter, but with such a limited space to work with, I decided I'd trust the OEM petcock screen/filter and forego the inline filter at this point. 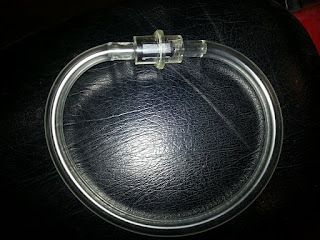 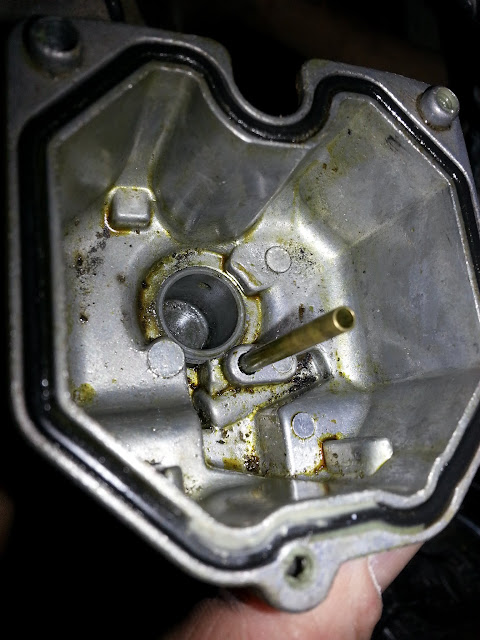 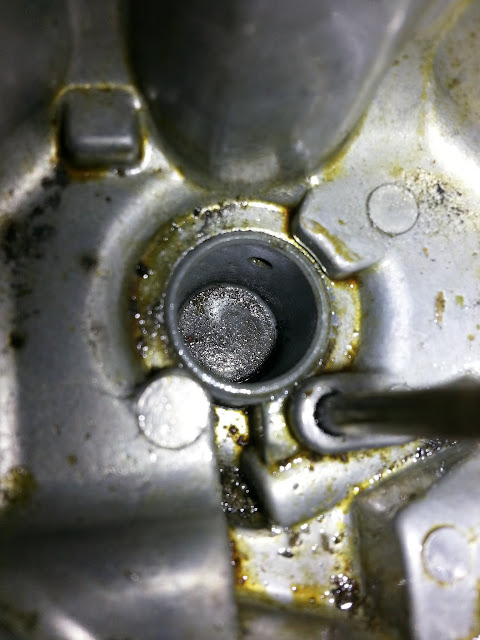 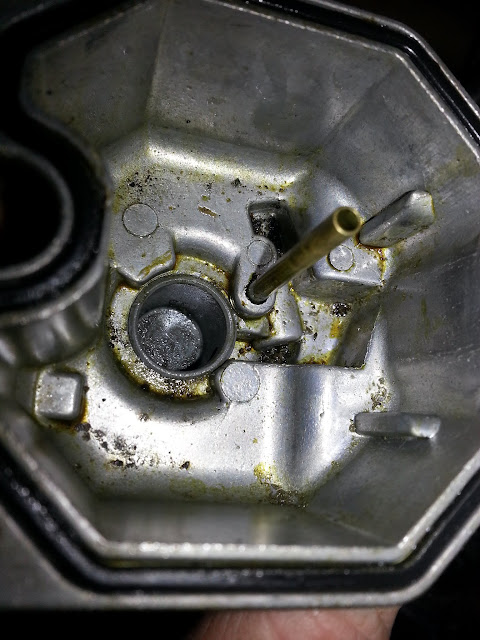 There is crap all over the bottom of the float bowl, so this tank of fuel is very dirty, and most likely the cause of why the carburetor was pissing out fuel out the overflow. Dirt would try to get past the new float needle, and it would get stuck wide open.

That video that you probably didn't watch shows a guy using a Q-Tip, a drill and some brasso metal polish to polish the float needle seat, and that is exactly what I did. Thanks to Stuart M. for putting me onto the idea in the first place. 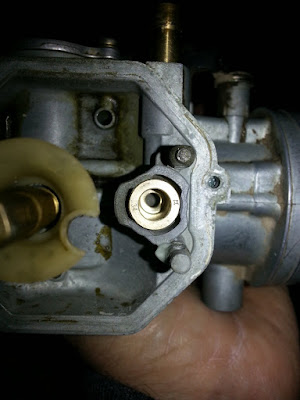 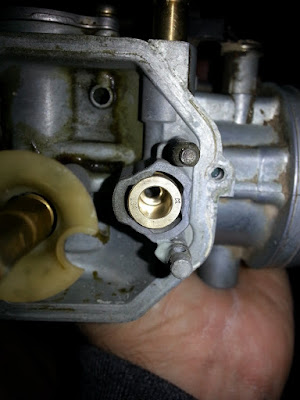 Have a look at 1:00 to see what I've been doing with my pressure testing.


I watched another video of a classroom environment where the motorcycle mechanic instructor tried to use a simple pressure test to see if the float valve was sealing properly, and he got 3psi more or less which he didn't find satisfactory at all. He then went on to say that he would have been much happier with 7 or 7-1/2 psi. 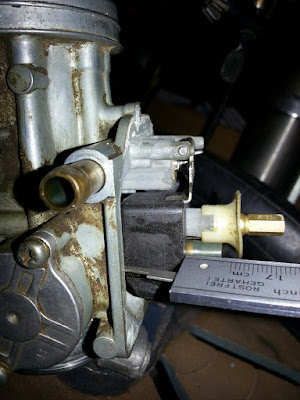 Right, I did the job in about four hours time, skipped my dinner in fact, but I finished up at the stroke of midnight and had to rush in and blog this before I crank it over and give it a go when the weather is conducive as I really don't care to spill any more gasoline inside the garage.

I hope you learned something, even if it is simply what not to do, or how not to do it. :P

Check back for updates.

2016/08/12
Almost. There was a gaping big air leak between the head and intake as I mangled a gasket when I reinstalled it. Sigh. It's fixed and running fairly well although idle and start make me think I need a new spark plug. Read about it here:
http://rottenxxxronnie.blogspot.com/2016/08/2016-xr400r-lives.html