So first let me set the stage. I subscribe to Canadian Mot
orcycle Guide Online news, and they have the audacity to spam me with email as a result. I shouldn't really label it spam, as I find myself intrigued by more than half of their posts. I received a notice of a the 2nd Annual Dusk 'Til Dawn rally, and after reading the blog of last year's fun, I decided that I'd blend right in with this crowd, and as fortune would have it, my nephews 2008 Honda CRF230L was within my grasp, albeit unplated, and in service as a dirt bike.

When I mentioned the rally to my sister Wendy (hereafter referred to as "Sponsor"), she became enthusiastic about it, and asked my brother-in-law Kirk (hereafter referred to as "Crew Chief") if we could get it inspected and plated in time for me to do the ride. My crew chief responded that all it was lacking was the left hand mirror which my nephew Ryan had broken by misadventure, and after a quick phone call to Aviciouscycle.ca that little detail was taken care of when they shipped out an Emgo dual sport folding mirror. They don't actually reflect so much as create a beautiful cyclonic swirl of colour while in motion, but they do have the wonderful tendency to fold rather than break off when the operator bites off more mud than the front tire can chew. I got a bit worried when the expected arrival date was listed as the Friday before the rally, but Canada Post had it by Tuesday allowing my sponsor plenty of time to get the bikes paperwork together while my crew chief had the bike inspected. 45 minutes later!!!!!!!!

Friday night rolled around, and all I had to do was the usual, kick the tires and look at the chain, and throw some unrelated gear into a giant grab bag which I strapped onto the back seat of the CRF, and the bike was ready to roll!

I figured out that I would have to wake up at 0345 and leave within the half hour in order to make the trip from Prince Edward Island to the rally in time for the 0630 start, so here I am in the cold night air at Borden-Carleton astride a bike that I had no idea if it would make the distance to Moncton in one shot, or if I would run out of fuel somewhere in between.

It seems the best I could get out of the CRF was about 110kph as indicated on the dial, but sadly the GPS said I was getting about 100kph tops, that is until I was passed by a cement truck, and when he pulled in front of me, that speed rose to 110kph, a full 10 kilometres faster while drafting behind a cement truck! Lol.

As luck would have it, I arrived in Moncton around 0600 and needed some breakfast before I started the day...


Toys for Big Boys in Moncton sell Honda and KTM in addition to their line up of Harley Davidsons, so when I saw the loaner bike they'd prepped for Editor 'Arris, I was a bit envious as I've heard good things about this 250cc single powered by the same engine found in their superb little CBR 250cc, although this bike has a ridiculously small tank range, estimated at no more than about 130km. The single fault that I can see with it so far. 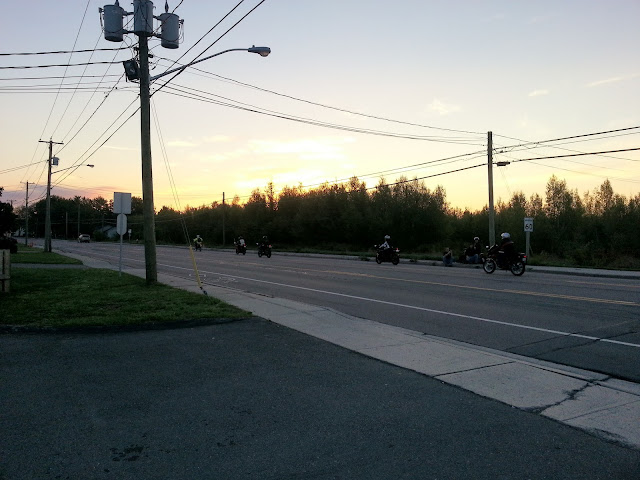 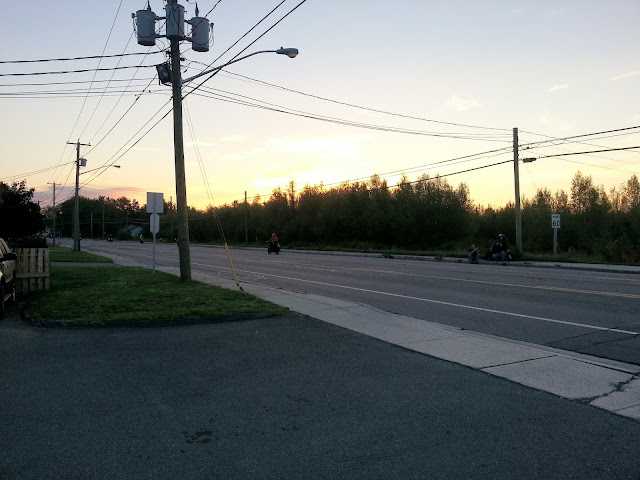 But somehow they managed to get in behind us, as they seemed to need to stop for fuel first. Experience has taught me that while you can arrive fashionably late to a rally, you NEVER EVER arrive late with an empty tank, so the slow group passed them en route to our first stop, the lighthouse at Cape Enrage New Brunswick. I've only posted a few shots of this beautiful place having been here back in 2010, but don't let that stop you from visiting and seeing the Cape in all it's rocky splendour. 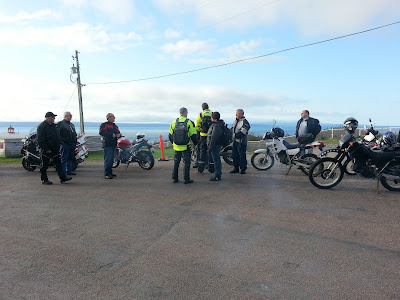 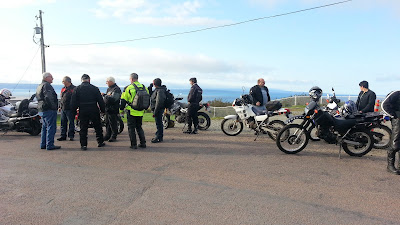 We made our first fuel stop in Alma, just outside the National Park, then we headed into the highlands where tucking in to reduce drag helped a few of us climb the hills.

Hey, is that the Fast Group leader on the side of the highway up ahead? Whatever could be the problem? 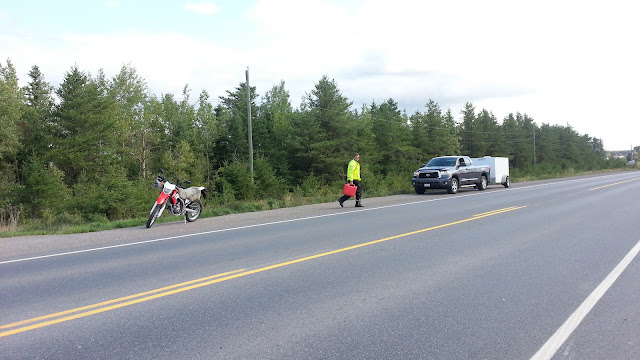 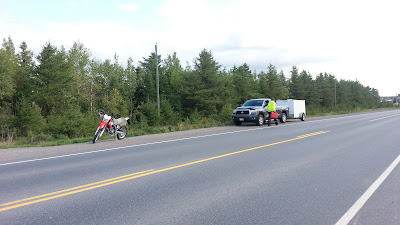 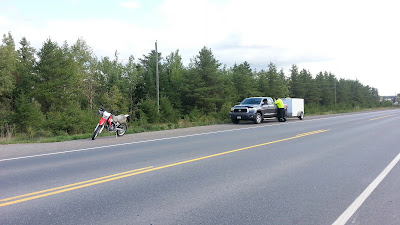 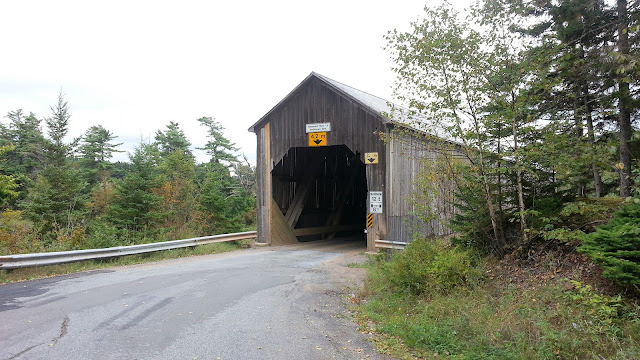 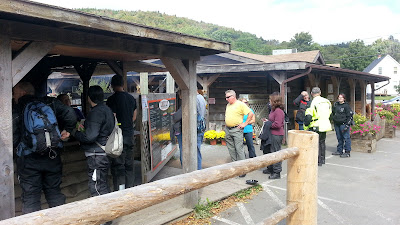 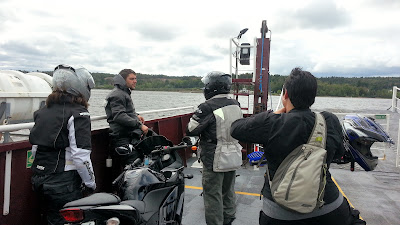 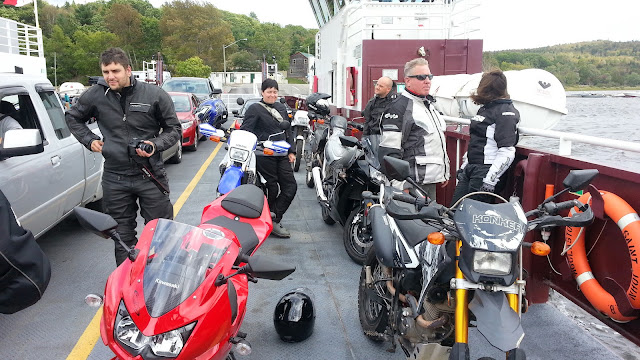 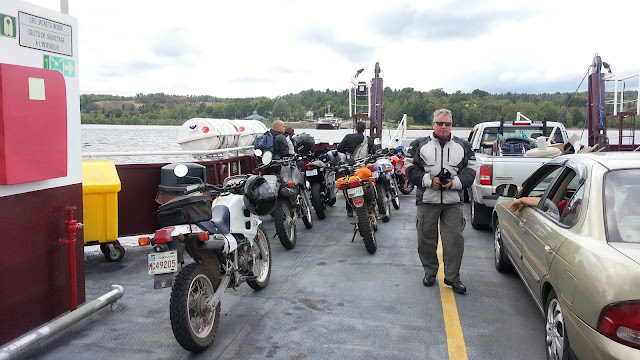 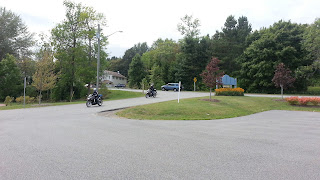 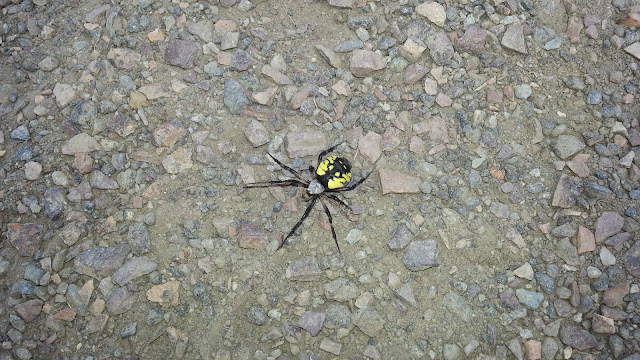 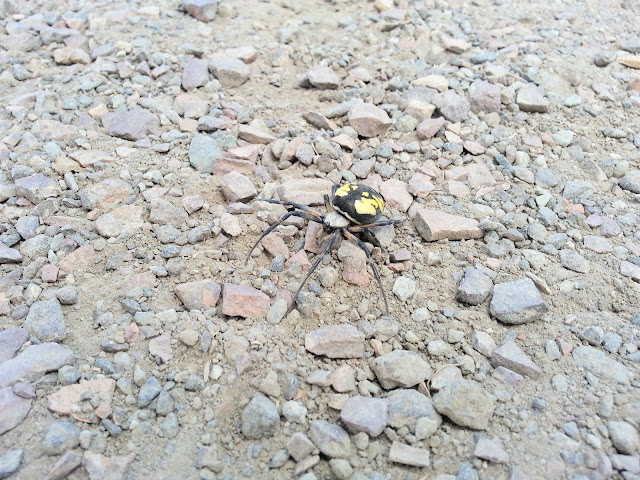 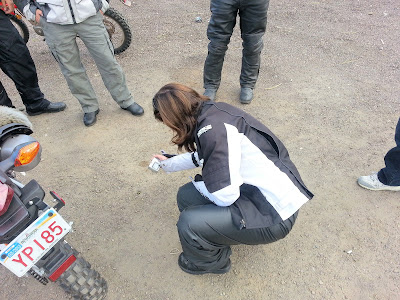 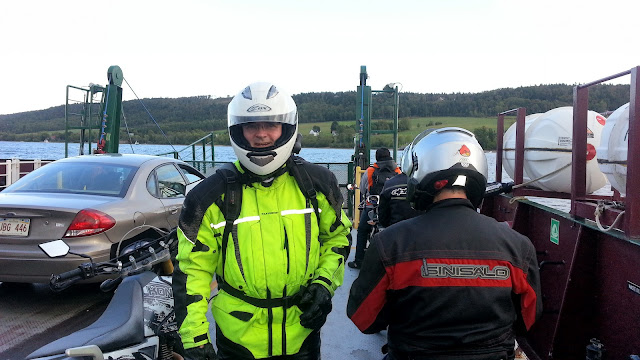 Thanks again to everybody who attended the Dawn 'Til Dusk rally, and in particular, my family who supported me by getting the bike ready to go. Thanks guys!
Posted by Rotten Ronnie on September 18, 2012
Email ThisBlogThis!Share to TwitterShare to FacebookShare to Pinterest
Labels: 250cc, cmgonline, D2D, dawn till dusk, Honda 2008 CRF250L, New Brunswick, rally