I'd spent much of Saturday cooking some home cured corned beef, so when Sunday rolled around, and seemed to pass quickly, I was determined to get out on the bike for a ride, in spite of the cool 11 degree Celsius, cloudy Sunday afternoon. As I was going out the door of my apartment, I opted to change out of my jeans and into some heavier riding pants, as well as to take my heated jacket in favour of the heated vest, and am I ever glad I did! It was cool just walking or sitting around, but my legs and feet said "This is fall riding weather!".


I decided that I'd scope out the Tim Horton's parking lot just down the street, and sure enough there were a couple of older riders there, Derrick a Ducati pilot, and ???? I forgot already, although he was mounted on a nice well maintained 2016 Honda CRF250L. We chatted for a while and they headed home, while I headed East across the bridge, then turned south past my office to follow the shoreline. I thought about heading out to Point Prim, as the lighthouse out there is pretty nice, but much of the ride would have been on the boring Trans Canada Route 1, so opted instead to stop at all the little access roads that I could find that took me out to the south shore of Stratford as I made my way East. 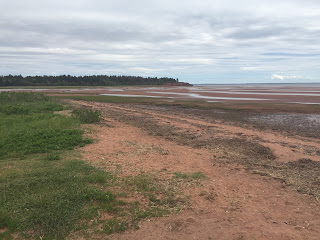 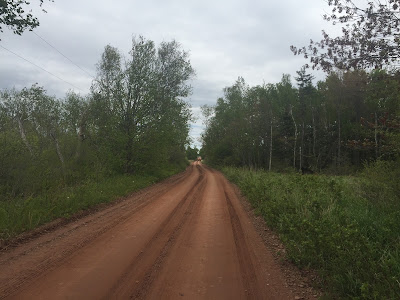 The Versys doesn't like wet clay, and to be truthful, neither do I. It's slicker than snot and harder to get off your clothes. Luckily the roads were dry enough for me to have a wee bit of adventure without calling a friend for recovery. 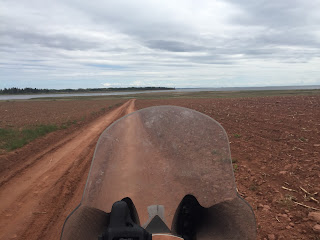 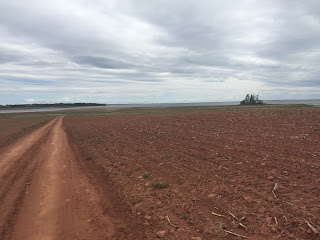 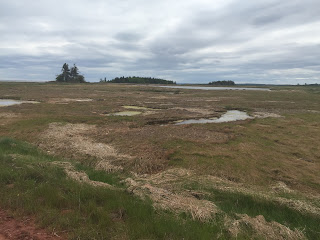 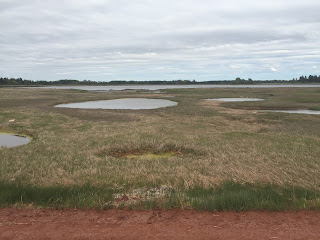 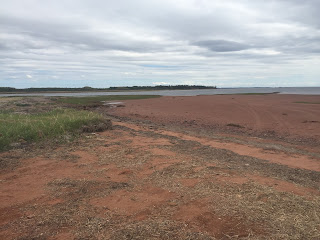 Yeah, I'm a wuss, and the thought of trying to pick up 500lbs of street bike just didn't appeal, so I turned around rather than test out the Shinko 705s in that mud hole just up and around the corner. Beat a hasty retreat back out the road to look for another likely candidate to take me out to the shore. 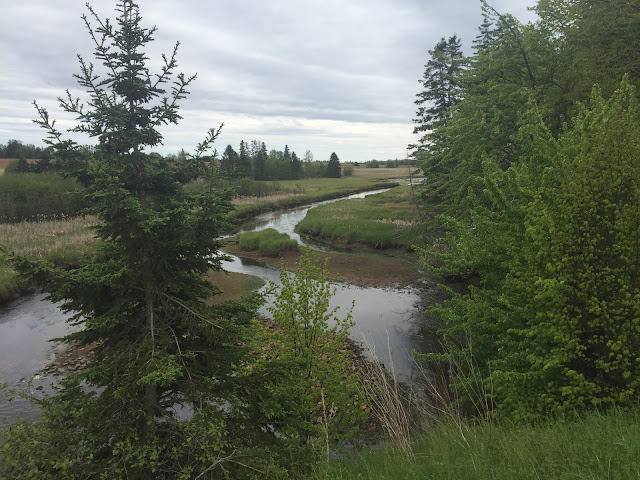 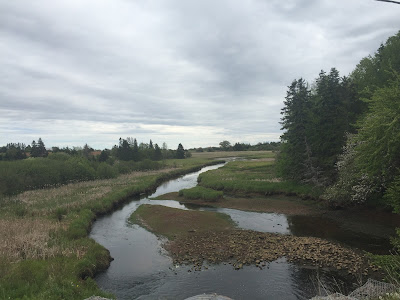 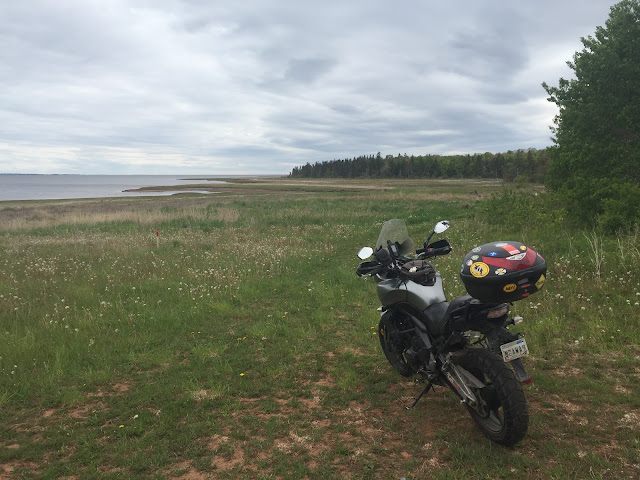 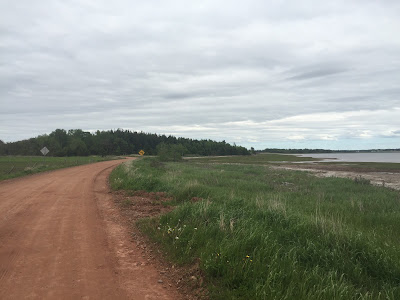 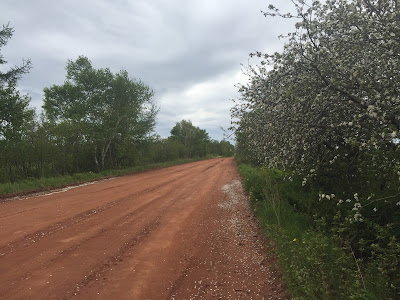 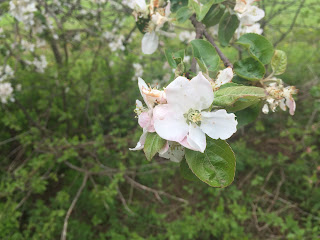 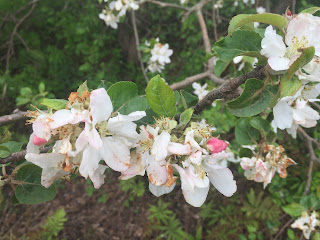 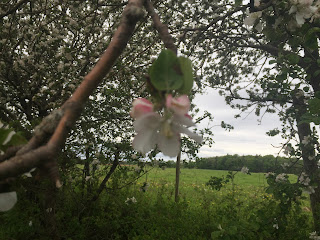 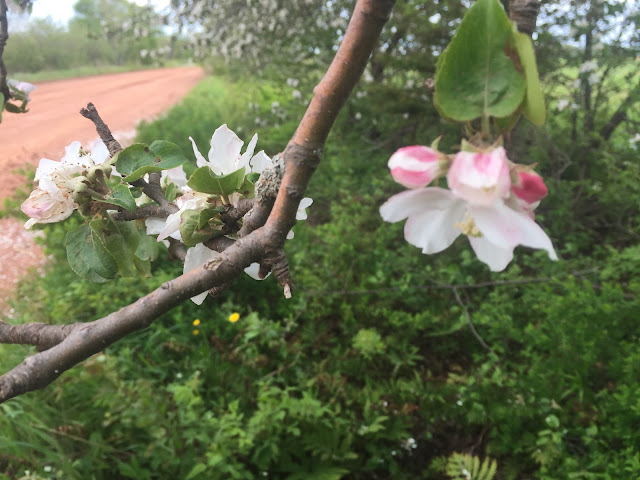 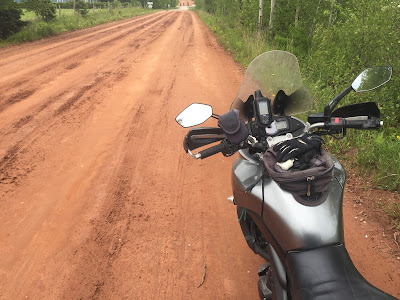 Back in Charlottetown I found that I wasn't quite ready to put the bike away yet, so headed around Victoria Park and back over to the Timmies where I ran into some of the Red Isle Riders that were out with the same idea as I, although when Mikala asked me if I wanted to join them for a ride out to Montague, I suddenly remembered I had an appointment with my couch and a nice hot cuppa. :D 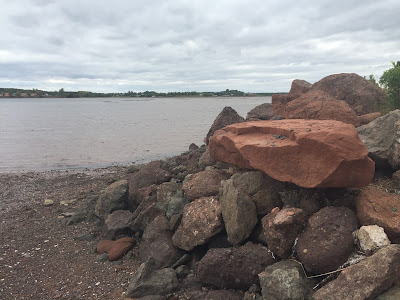 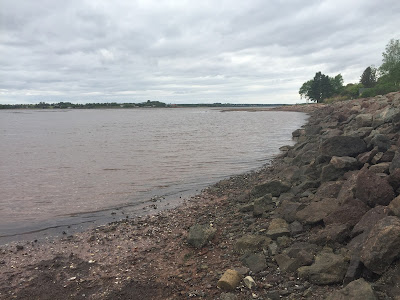 And that was pretty much it for today, just a short Sunday fling that made me remember why I bought those tires for this bike, and why I enjoy riding the Versys instead of a sport touring bike. :D

I hope you enjoyed the pictures.