I've been playing around with the Trangia clone I bought on fleabay for $10 CDN. 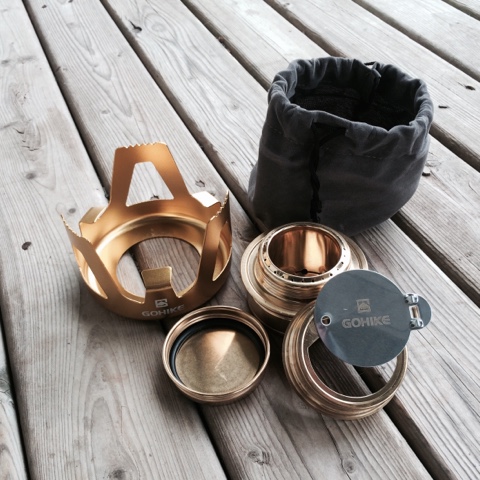 And I found this reference to using it as a lantern / lamp: 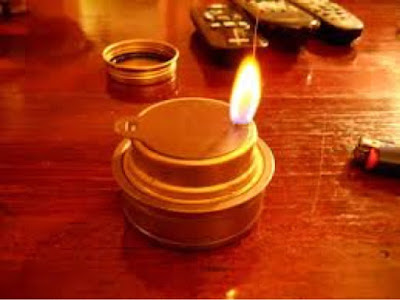 The claim is that the lantern will burn for six to seven hours!

I then found a small piece of cotton candle wick (the diameter is a bit too small at the moment) and gave the idea a test run: 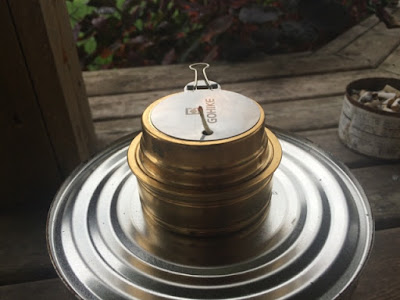 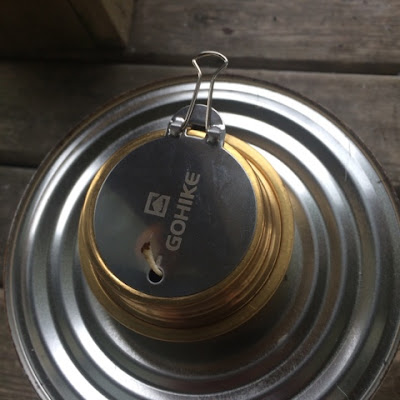 And it works a treat! I had to share another use for this great stove. Now I'm thinking of cutting another bottom out of a beer can and making a wick for my existing  beer can stoves, because I can. 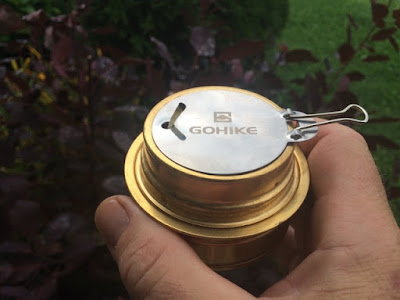 You can simply blow it out when done.

I made that beer can stove "Lamp" ring adapter, with a larger wick, and it worked well. 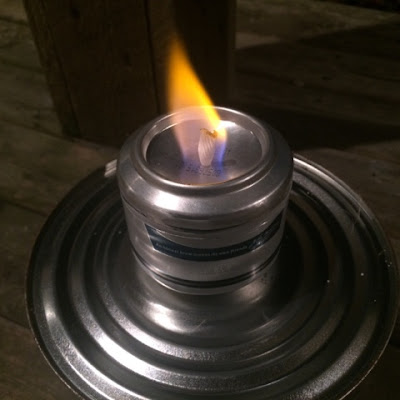 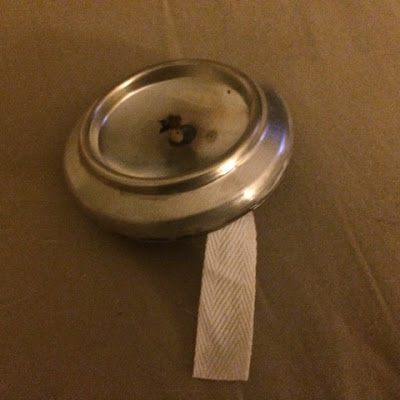 There was negligible wick loss, and very little alcohol use, and I was able to blow it out as well.

I then lit the beer can stove in the normal fashion and tried to use the cap to snuff the flames... 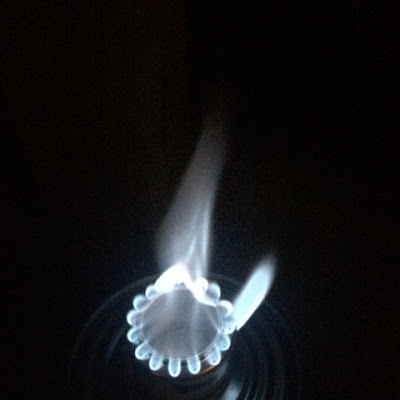 That was a bit of a disaster, and I singed my fingers trying to get a better fit to put out the main jets of the stove. 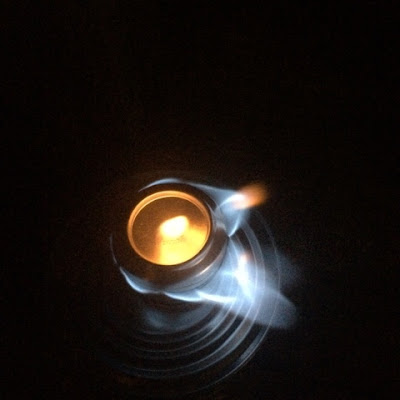 All I succeeded in doing was to have a ring of flame while watching the protruding wick burn away until all the alcohol was burned off. 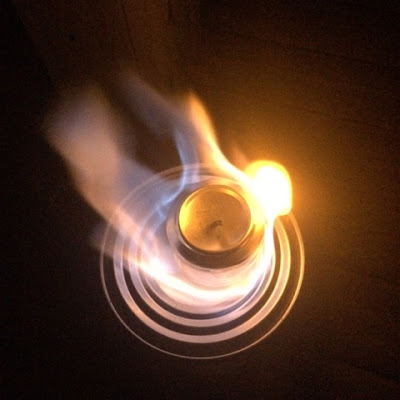 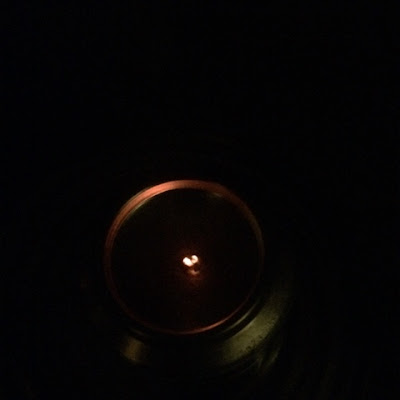 The wick above was burnt away, while the remainder of the wick was fine.

Note that the beer can stove was basically an uncontrolled conflagration of flame when I tried to snuff it out by placing the lamp adapter ring on top. Not a very encouraging prospect, and I found the Trangia lamp hack far easier to control, and was able to stop mid burn and salvage the remaining alcohol for later reuse.

The large wick size I employed used more alcohol than I expected, so I would recommend using a smaller wick to achieve the six to seven hour burn time reported by the linked post you find in the introduction.
Posted by Rotten Ronnie on September 28, 2017
Email ThisBlogThis!Share to TwitterShare to FacebookShare to Pinterest
Labels: alcohol, Camping, candle, lamp, lantern, Trangia