I have to admit that I was getting discouraged with the bum carburetor and was thinking of either buying a pumper carb off of eBay (not with a students budget) or, gasp, selling the bike as was, but I decided that I needed to give it another go for if it was elbow grease that was required, I had plenty of it and time on my hands.


I've had nothing but trouble with the carburetor, and let me be the first to admit that this was a learning process for me from start to finish. When it comes to the fuel part of the 'Suck, Squeeze, Bang, Blow' of the combustion engine, it is a very important component, and it was never right from day one of owning the bike.

The bike ran, but idled not well at all, in fact it didn't idle at all, and you had to have your hand on the throttle the entire time, coupled with it's tendency to dump fuel out the overflow pipe as soon as you stopped to take in the scenery.

I pulled it off the bike and tinkered with it, cleaned all the jets and passages, scrubbed off some varnish, and shook my head at how useless the spray 'carb cleaners' were during this process. I'd suggest an ultrasonic parts washer if you go with the 'soaking' process, as 24 hours in solution did little for the jets.

Next, the float valve needle needed to be replaced, but I only found this out after the third time the carb was off the bike. So I ordered in an aftermarket part from Australia and awaited it's arrival.  The floats are supposed to put upwards pressure on a wee plunger and spring in the back of the needle that will push the rubber tip into the needle seat, shutting off the flow of fuel, but that spring was weak, and rehab simply pointed up that fact. Spend the $20 bucks on the needle straight off.

Here is a neat trick to test your float needle valve using a vacuum pressure gauge... Apply vacuum to the fuel inlet hose going into the carb. At 3 psi you have  a bad needle that is letting fuel past it. A brand new needle will see over 20 psi. 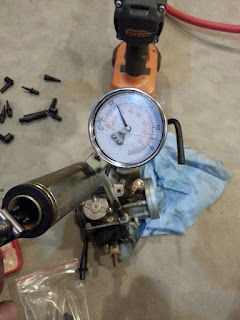 While you look at the float needle, take the floats out and test them in a container of fuel to ensure that they float! If they have a pinhole and fill up, you have a problem.

Have a look at the float needle valve seat. It could be changed, or if you have a carb like mine, you will need to clean it out. I used a Q-tip, a power drill and some brass polish to clean out the varnish and make it mirror shiny. It's important that your new needle get a perfect seat when installed. 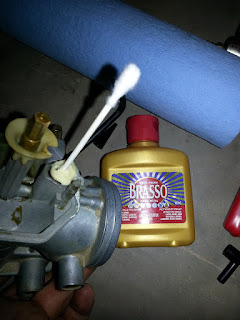 I had a broken petcock filter inside my tank, and the petcock itself was passing fuel past the washer when in the 'off' position. Dirty fuel was making it's way into my carburetor, and that is simply undesirable to say the least. I replaced the petcock, but forgot to order in a new washer, so the old 'tank to petcock' mating washer got reused with success, i might add. 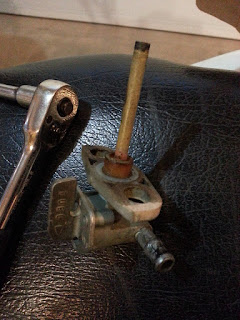 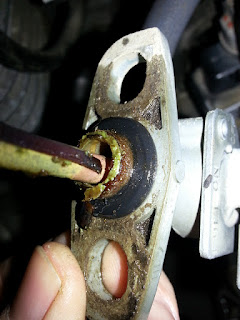 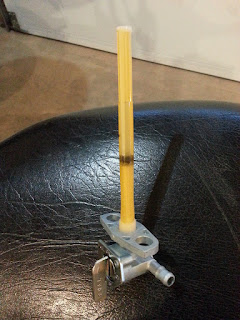 Some new 5/8" clear fuel line got added and I had planned on an inline fuel filter, but the smallest one I could find was too cumbersome to fit and still be able to operate the carb mounted choke lever. I ensured that when I installed the new carb needle that I set the floats to 14mm and 19.5mm as suggested by thumpertalk.com 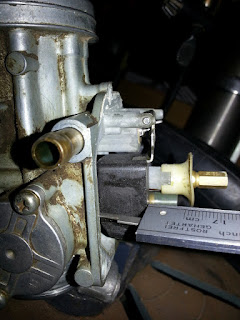 I had that carb off about eight times in the past two years, and in the process I mangled a five dollar gasket between the intake and the head, so when I thought I had a good carb installed again, I lost my high speed circuit due to no vacuum through the carb because of the massive air leak at the head. 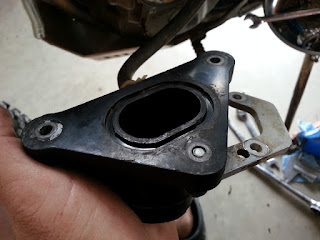 I'm not sure, but I've had those bolts in and out of that aluminum head so often that I think one may have spun on me, so  heli coil inserts will be my next purchase if it doesn't hold out.

It's alive! And while a bit hard to kick at the moment (a brand new iridium plug is going into it tomorrow) I had a blast on a shakedown ride yesterday, that served to remind me that the last time I rode a dirt bike in earnest was on Darryl's farm four?! years ago. I've got a lot of confidence to regain, and am looking forward to the practice it will take to get there. :D 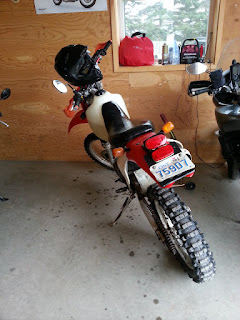 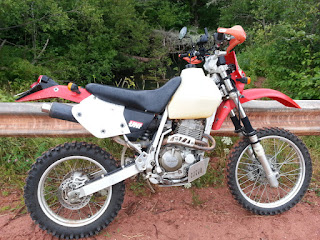 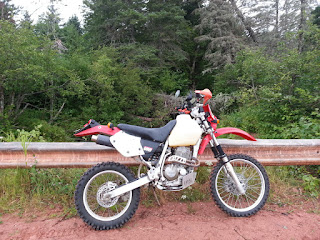 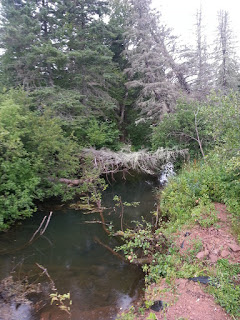 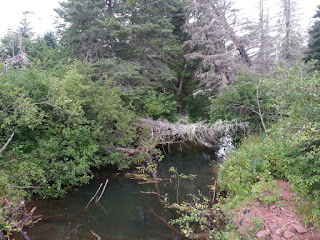