Here I found myself with a bike in the parking lot at quitting time. Simply riding home just wasn't feeling right, and as my sister is a vegetarian, I thought perhaps I'd head into Summerside or Kensington and hit up a Grecos for one of their donairs. You know the ones that are easy to find in Atlantic Canada, but back in Ontario where I'm from, I know of only three outlets, and all of them are an hour away or more.

That was the plan, but when I headed out on The Trans Canada highway, I thought perhaps I'd make it a shorter ride and simply take some back roads along the coast into Borden-Carleton and hit the Subway sandwich store in the Visitors Centre, or so I thought.

While my Garmin 60Cx may be old, but it's rugged, waterproof, and armed with a topo map of Canada, can be a great tool for following the coastline of the Island. I found myself stopping for this picture seconds after I'd turned onto route 10, I found the Tryon River at low tide and just waiting patiently to be noticed. It's a beautiful area, and with spring, just beginning to come to life again after a cold, windy winter season. 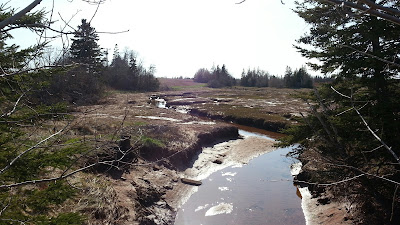 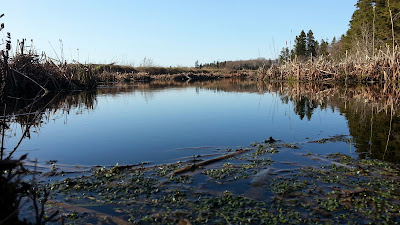 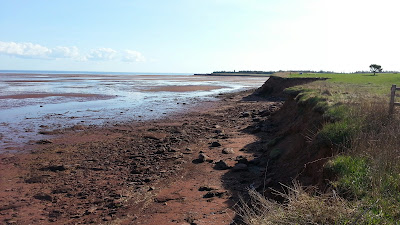 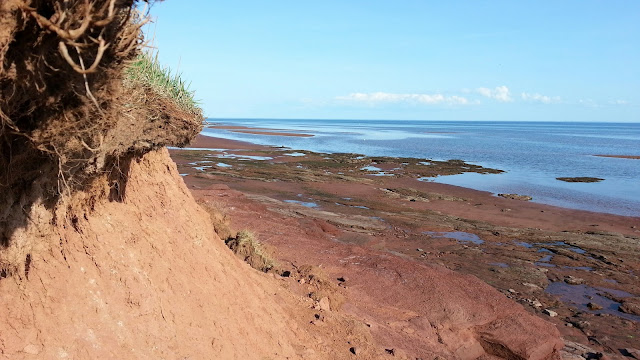 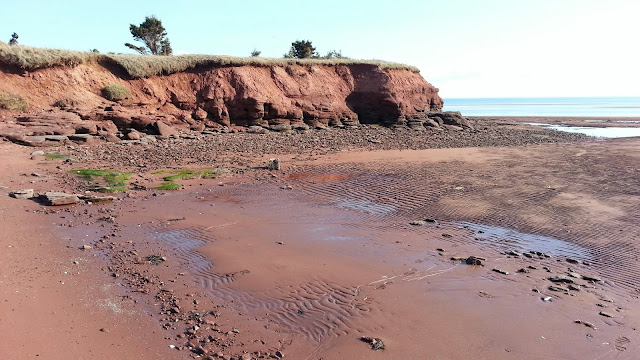 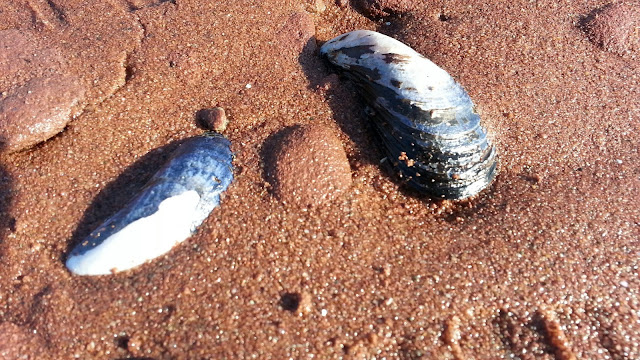 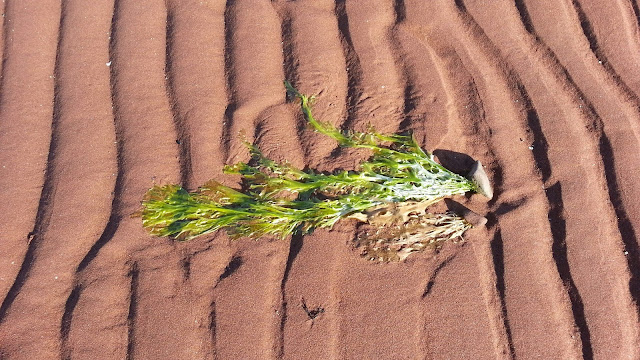 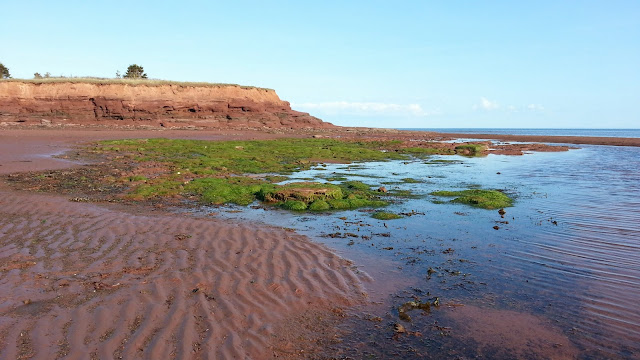 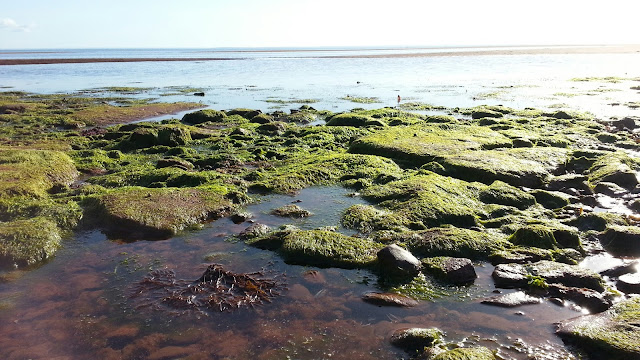 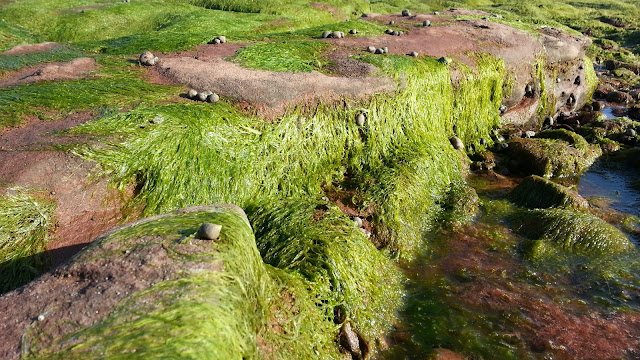 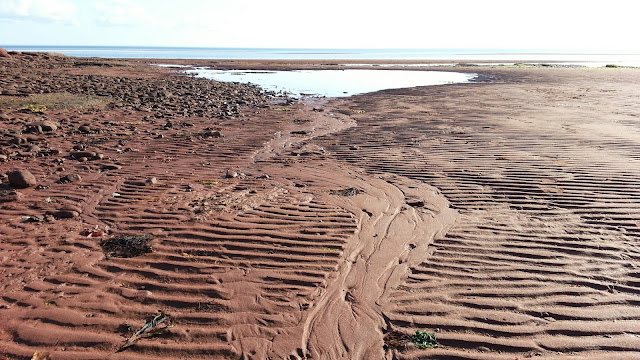 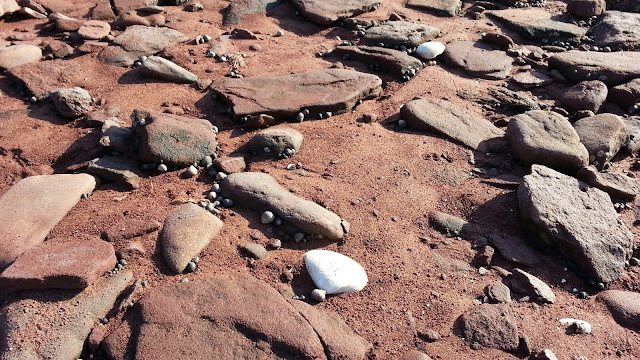 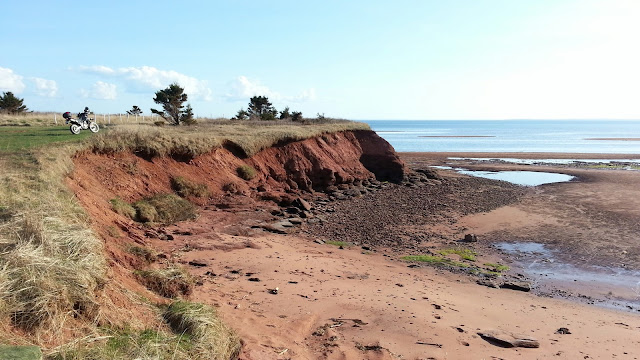 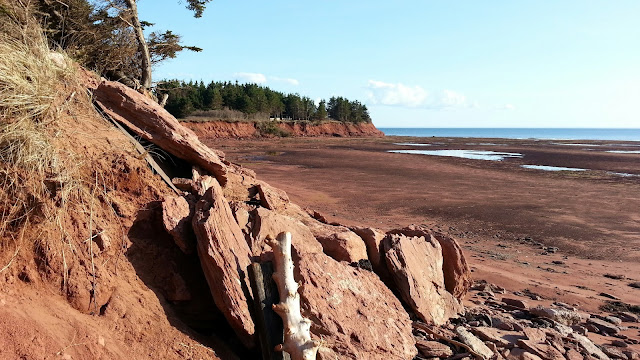 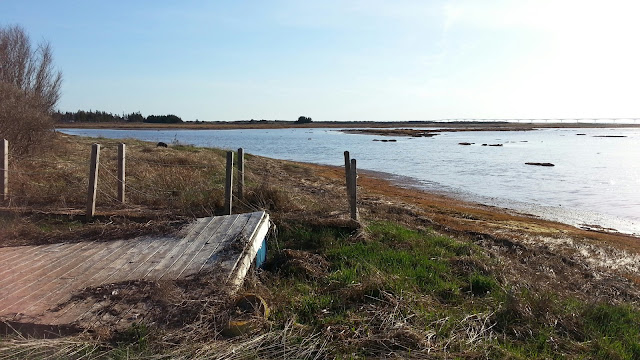 The Confederation Bridge joins the eastern Canadian provinces of Prince Edward Island and New Brunswick, making travel throughout the Maritimes easy and convenient. The curved, 12.9 kilometre (8 mile) long bridge is the longest in the world crossing ice-covered water, and more than a decade after its construction, it endures as one of Canada’s top engineering achievements of the 20th century.
More about Confederation Bridge here 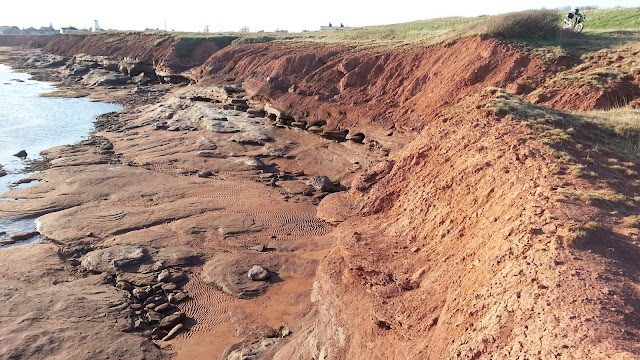 The MV Abegweit was an icebreaking railway, vehicle, and passenger ferries which operated across the Abegweit Passage of Northumberland Strait, connecting Borden-Carleton, Prince Edward Island to Cape Tormentine, New Brunswick. There were two vessels named Abegweit that serviced this route between 1947 and 1997.
The word Abegweit is derived from the Mi'kmaq word for Prince Edward Island, Epekwit'k, meaning "cradled (or cradle) on the waves."
More on the MV Abegweit aka Abby here